Listen: Steve Reich on the universal power of music

The great American composer speaks about his score for Wayne McGregor’s ballet Multiverse. 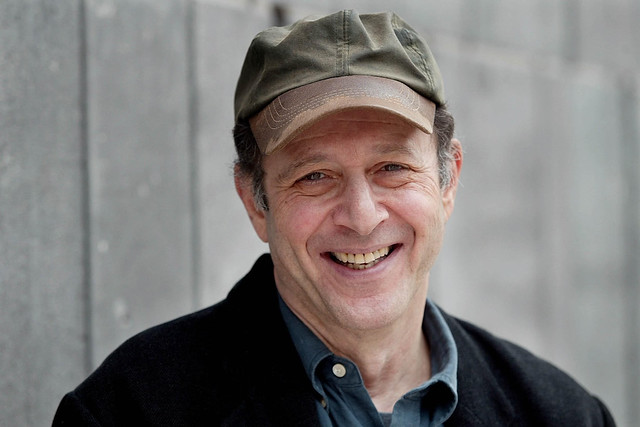 ‘Rhythmic vitality is at the root of dance’, says composer Steve Reich. ‘You go to a party and people put on music and they dance. They could dance without music, but that’s just not the way we are. And that’s planet-wide – our species dances to music.’

Reich’s music has long fascinated choreographers, and his music has been used by both The Royal Ballet and Wayne McGregor multiple times in the past. But Reich’s new work Runner is the first time the composer has created a work especially for McGregor or the Company. ‘I knew Wayne, we had met, I’d seen his choreography. I liked what he was doing’, Reich explains.

But when the piece Reich was commissioned to write came in at around 16 minutes – shorter than McGregor had expected – the duo were required to make a bold creative decision: Runner would be prefaced by It’s Gonna Rain, Reich’s ‘opus 1’ composition from 1965. ‘I paused for a moment and I said, well, I don’t know, that’s quite a contrast’, remembers Reich of his initial response to McGregor’s suggestion. ‘In the next day or two, I thought, "Wow, this is a great idea. They are so drastically different... why not?"’

It’s Gonna Rain is a work both deeply rooted in the mid 1960s, and bitingly relevant today. It is based around a recording of an American preacher delivering an apocalyptic sermon in Union Square, New York.

‘Two years earlier was the Cuban Missile Crisis’, Reich explains. ‘Every American, and me included, was on pins and needles because the ships kept coming and the blockade didn’t move. And it was really, really, really tense. So when Brother Walter is preaching about Noah [in It’s Gonna Rain]... it’s impossible not to have this very recent memory come by that the end of the world – not by water but by fire – was just around the corner. And really it isn’t gone as I speak to you in 2016. As a matter of fact, there’s more people with more hands on more triggers than there ever were in history.’

The contrast with Runner is considerable. ‘I was watching an Indian movie’, Reich explains. ‘It had that “tick-a-tick-a-tick-a” [rhythm], very upbeat, very invigorating. I didn’t quote the music but that 16th-note action found its way into the opening of the piece.’ Progressive sections halve the tempo, then halve it again, and then it speeds up again, ending as it began. The slow central section uses a rhythmic pattern common in Ghanaian music. ‘It’s a superb way of dividing twelve up so that you have no idea where the downbeat is. And rhythmic ambiguity is essential if you're going to write repeating music', says Reich.

The combination of the two pieces might not have been what either composer or choreographer originally had in mind, but the contrast has been productive. Reich says, ‘I think because of my giving him less than he wanted, he came up with more than we both expected.’

Chroma/Multiverse/Carbon Life runs 10–19 November 2016.Tickets are currently sold out, but returns may become available, and further tickets are released each Friday at 1pm through Friday Rush.