Listen: Juan Diego Flórez on Orphée et Eurydice: ‘You have to let go’

The Peruvian tenor discusses the profound emotional power of Gluck’s opera and his past life as a pop star. 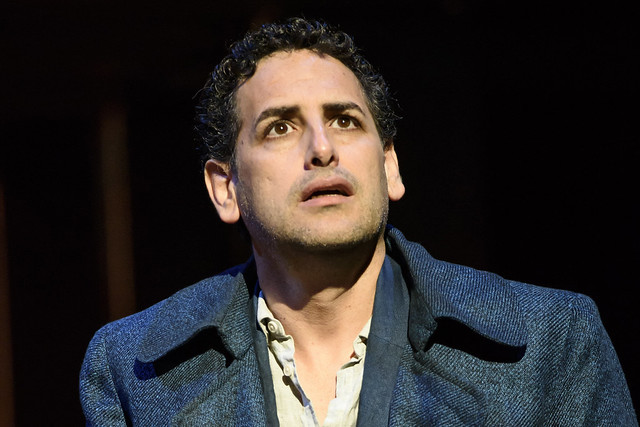 Originally written for a castrato (and since reworked for a high-singing tenor or a mezzo soprano), Orphée is a notoriously demanding role.

‘It’s extremely high... with a mezzo, it’s beautiful, but Orphée is a man’, Juan Diego told presenter Sean Rafferty. ‘It’s a very dramatic piece. He’s in such despair and sometimes the drama goes in contrast with the [often jolly] Gluckian line of singing. It's really heartfelt.’

John Fulljames and Hofesh Shechter’s new production features performances from the English Baroque Soloists, the Monteverdi Choir and the Hofesh Shechter Company. ‘As a production, I think it’s the best I’ve seen in some time at The Royal Opera’, Juan Diego reflected. 'The dancers are fantastic!'

When asked about the challenge of singing the opera’s musical highlight, the aria 'J’ai perdu mon Eurydice', Juan Diego explained:

‘You can’t think so much about the music because you are in this dramatic turmoil and you have to sing it out. You have to let go. It’s really difficult to control that moment’.

The tenor has previously discussed the way opera singers’ voices develop with age. When asked about his repertoire during this latest interview he said:

’I can sing all the rep that I’ve sung in the past, which is great. I just did Otello by Rossini at La Scala. But because my centre is a bit fuller I can sing the French Romantic repertoire — Romeo, Werther — which is expanding my rep a little bit.’

Juan Diego also spoke about his new album and his early career as a pop star, which was blossoming in his native Peru until he discovered a talent for opera:

‘I was becoming one, I was always on TV. I was winning pop song festivals and composing my songs so I was on that path. Then I went to the conservatory and I started to have voice lessons and [I realized that singing opera] was what I wanted.'

Listen to the full interview on the BBC website

Orphée et Eurydice runs until 3 October 2015. Tickets are sold out but returns may become available. A limited number of day tickets are available on the morning of each performance.

The production is staged with generous philanthropic support from Mrs Aline Foriel-Destezet and is part of #Hofest.