Listen: Dig deeper into The Ring with highlights from our ROH Insights

Listen to our series of insights on Wagner's masterpiece. 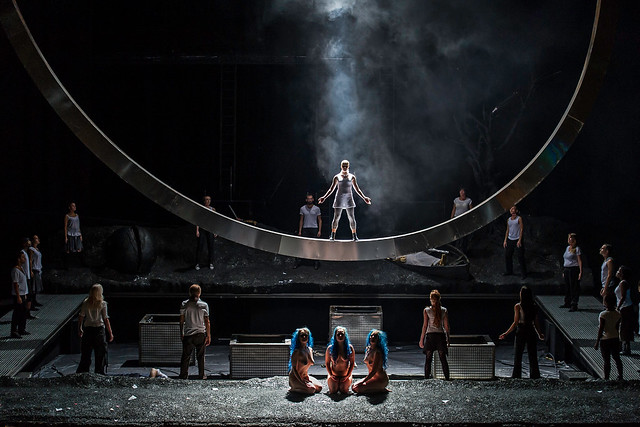 The 2012-13 Season was a bumper one for Wagner fans, bookended by bicentenary celebration stagings of the Ring Cycle at both the Royal Opera House and BBC Proms. Keith Warner's Royal Opera production returned to Covent Garden in September 2012 and was accompanied by a series of ROH Insights events intended to give a deeper understanding of Wagner's masterpiece.

Politics and The Ring

Where his name is mentioned, issues of the relationship between Wagner and politics are never far behind. An Insights session on this topic featured former politician and broadcaster Michael Portillo, political columnist Matthew d’Ancona and Assistant Editor of the Guardian, Martin Kettle. They discussed whether the cycle is a reflection of political ideology, and the misappropriation and misunderstanding of Wagner’s work by the Nazis. Touching on the central character of Wotan, Matthew d'Ancona remarked that the King of the Gods reminded him of a remark by Bill Clinton: 'Anyone in power will pay a huge price'.

Listen to highlights from the Wagner, Ring and Politics Insight session:


Love and The Ring

Does true love exist? The question was posited during a Ring and love discussion involving philosopher Roger Scruton, broadcaster Peggy Reynolds and musicologist John Deathridge. 'Love is never what it seems in The Ring. Even when it’s at its noblest there are flaws', said chair Christopher Cook when discussion turned to power dynamics between the characters.

Listen to highlights from the Ring and love Insight session:

Nature and The Ring

Issues surrounding The Ring and nature were discussed by broadcaster Petroc Trelawny, writers George Monbiot and Sarah Lenton, mathematician and broadcaster Marcus du Sautoy and Director of The Royal Opera Kasper Holten. The panel examined the notion of The Ring as a parable of our own ecological destruction of the planet. They also questioned whether human beings can have a lasting impact on the environment.

Listen to highlights from the Ring and nature Insight session:

Redemption and The Ring

The Ring's final opera Götterdämmerung closes with the end of the world but, when all is said and done, are any of the characters truly redeemed at the end of the world? As part of a discussion on redemption and The Ring philosopher Michael Tanner told Christopher Cook and Richard Bell that: 'Wagner thought when he began writing The Ring Cycle that love would save all. As he went on, he realized that in fact it ends up destroying all the characters'.

Listen to highlights from the Ring and redemption Insight session: