Opportunity to sing in Covent Garden open to newcomers and seasoned singers alike. 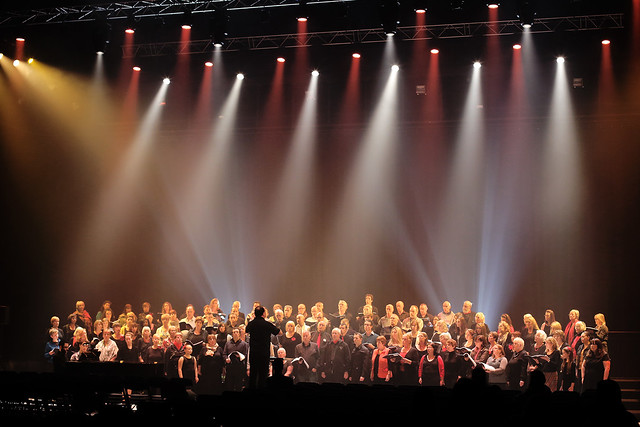 The Festival of Voices, which takes place on Sunday 22 September as part of Deloitte Ignite, will give both seasoned singers and newcomers the chance to sing 'Va pensiero', Verdi's famous Chorus of the Hebrew Slaves from Nabucco.

From 12 to 4pm Dominic Peckham, Artistic Director of the Royal Opera House RM19 Youth Singing Group will lead three choral workshops in the Clore Studio that will introduce both community singing and the chorus itself. The workshops will culminate in a special event in Covent Garden Piazza.

Learn ‘Va pensiero’ before the event:

The Festival of Voices will also feature an afternoon concert in the Paul Hamlyn Hall by community singing groups including The Choir with No Name and the Royal Opera House Thurrock Community Chorus. Composer Elspeth Brooks has created an imaginative interpretation of  ‘Va Pensiero’ using recordings created around the world to create a unique sound installation. The recordings were collected as part of Royal Opera LIVE earlier this year. Elspeth’s piece will also be available to experience during the first weekend of Deloitte Ignite.

The Festival of Voices is just one of a number of free events taking place at the Royal Opera House as part of Stephen Fry's Verdi and Wagner-themed Deloitte Ignite which will also feature live radio broadcasts, debates and pop-up performances inspired by the composers and their work.

Deloitte Ignite runs from 6 - 29 September. Follow us on Twitter for regular updates about this year’s Deloitte Ignite, or search for #DeloitteIgnite.