If I were Prime Minister I would…

We asked a group of 11-17-year-olds to put themselves in the shoes of the next Prime Minister and tell us what arts initiatives they would include in their manifesto. 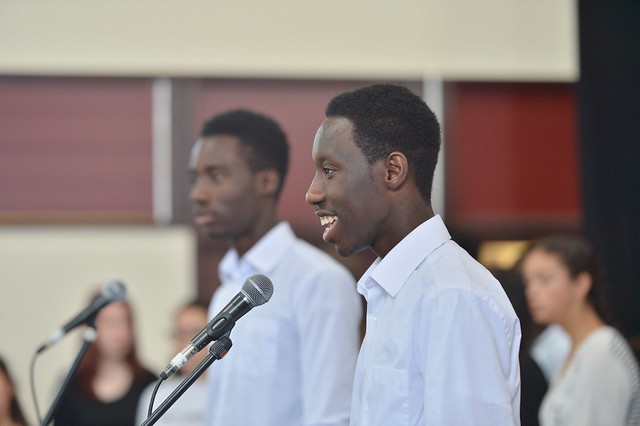 In anticipation of the forthcoming General Election on 7 May, we asked some of the young participants from our two youth choruses – Youth Opera Company and RM19 – which arts initiatives they would put into action if they became the next Prime Minister.

The suggestion that came up repeatedly was ‘more funding for the arts’. The young people also wanted ‘greater opportunities to take part in the arts’ and to ‘promote the idea that arts subjects are equally as important as other subjects in school’.

Here are some of the other innovative ideas the group came up with:

If I were Prime Minister I would…

…create more public platforms for anyone to perform (Autumn, 14)

…allow the freedom to graffiti in certain areas (Bethany, 15)

…give out free paintbrushes and paint (Ellie, 13)

…create a new subject which combines all of the different art forms (Harry, 12)

…make a law that if someone breaks out in song, everyone within 110 metres must join in with them (Charlie, 14)

...offer more free tickets to theatre, opera and ballet so anyone has the opportunity to go (George, 11)

…allow people to enter the X Factor competition at an earlier age (Alex, 15)

If you were voted Prime Minister at the next General Election, what would you do for the arts?

If you are undecided about who to vote for at the upcoming General Election, you can still watch the Culture Debate on demand and see representatives from five UK political parties debate arts and heritage policy.