How can an opera director present the melodrama of grand opera to a modern audience?

With Guillaume Tell in rehearsal, we look at the challenge of making the heightened emotions involved convincing. 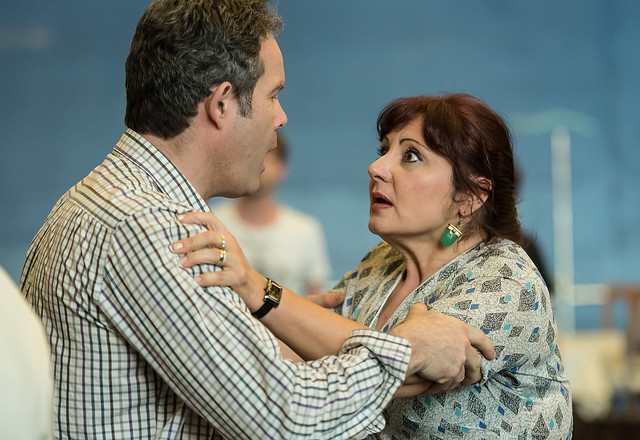 Gerald Finley as Guillaume Tell and Enkelejda Shkosa as Hedwige in rehearsal for Guillaume Tell, The Royal Opera © 2015 ROH. Photograph by Clive Barda

The heightened emotions and rapid juxtapositions of contrasting moods we find in grand operas such as Guillaume Tell have proved a challenge for modern audiences seeking more nuanced and realistic storytelling. They are traces of a theatrical tradition that has largely been forgotten, but which shaped artistic development during the 19th century: melodrama.

Melodrama was a type of popular spoken drama that emerged in the wake of the traumatic experiences of the French Revolution. Simple stories of good triumphing over evil were told, with minimal but effective musical accompaniment that established character and conveyed emotions at a stroke: (unnerving) tremolo strings, (alarming) diminished 7th chords, (dreamy) pastoral melodies and (rallying) trumpet fanfares. These were matched by equally simple gestures, stances and facial expressions. Melodrama’s power and popularity came from its directness. The leading purveyor of the genre, Guilbert de Pixérécourt, claimed that his works should be comprehensible even without the words. And Eugène Scribe, the Parisian librettist with whom composers from across Europe sought to collaborate, was also a prolific writer of melodramas. While the language of melodrama can be found in much opera of the 19th century, nowhere is it more obvious than in grand operas – as anyone who saw Robert le diable at the Royal Opera House a couple of years ago may remember.

The melodramatic is a mode that modern audiences can struggle with and which directors are wary of. Tell’s tyrant – the Austrian governor Gesler – reminds us of the moustache-twirling villains of Victorian melodrama and silent film, the permanently heightened emotions can seem over the top, and the tendency is often for directors to adopt an ironic, arch tone. Yet one of grand opera’s most revolutionary qualities was its ability to draw an audience into the drama and propel it through the action. The contrast with the carefully controlled elegance and economy of 18th-century serious opera still in repertory at the Opéra in the 1820s was profound. 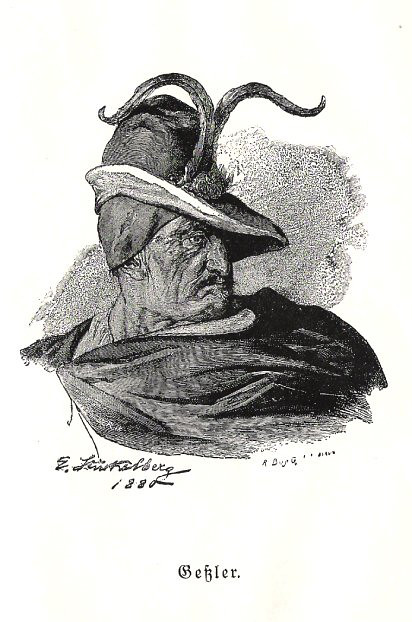 The approach of director Damiano Michieletto has been to embrace this aesthetic, making visible – through movement, gesture, stance – the emotions that the music embodies, rather than resisting it. Thus from the first rehearsals the singers have been encouraged to be physical: to grab hold of each other, to struggle, to hug, to interact with members of the chorus too. Strong, simple gestures – glances between singers on different parts of the stage – and strong physical reactions, all help to take in at a glance the significance and detail of what is unfolding.

Perhaps the best way of understanding what this means is to look at the classic video recording of Tell under Riccardo Muti’s baton back in the 1980s. Although it employs beautiful back projections of an Alpine landscape, there is very little movement from the singers – in terms of gestures, interactions or use of stage space. Such visual stasis here renders the work profoundly undramatic, dull and – in spite of some beautiful singing – the characters appear unmotivated and wooden. It feels even longer than its four hours.

If the rehearsals are a good measure of what is to come, this production will draw us into the ‘world’ of the Swiss peasants and we will be swept up in its drama. Though I will be interested to see whether we as an audience remain resistant to the melodramatic qualities of the work.