First National College for the creative and cultural industries to be established at High House Production Park, Thurrock

Located at the Backstage Centre, the government-backed college will open in September 2016. 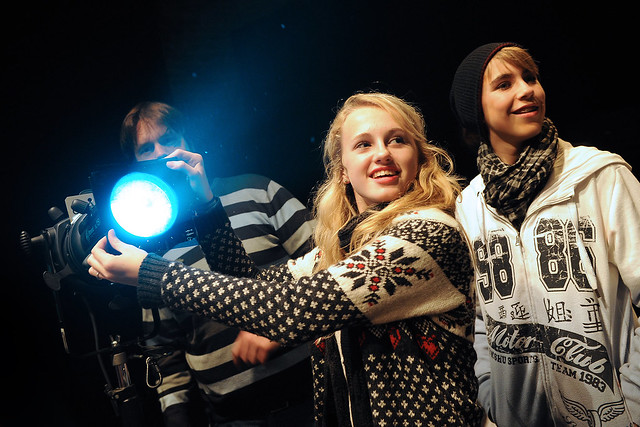 Lighting training, one of the opportunities to be available at the new National College for the Creative and Cultural Industries © Backstage Centre, 2014

The first, government-backed, National College for the Creative and Cultural Industries is to be established at the Backstage Centre, High House Production Park, opening in September 2016.

Managed by Creative & Cultural Skills on behalf of a consortium of employers and industry organizations including Live Nation, Royal Opera House, White Light and the Association of British Theatre Technicians, the new National College will provide specialist training in the technical skills needed by the creative and cultural industries. This is in response to significant development in the industry, with the creative economy growing at four times the rate of the national economy, and the value of the UK’s creative industries exports standing at over £15 billion per year.

With headquarters at The Backstage Centre in Thurrock, the National College will provide opportunities for students to train alongside the professionals who use The Backstage Centre to rehearse, record and film. The National College will specialize in the delivery of Creative Apprenticeships working with Creative & Cultural Skills' National Skills Academy network of training providers to deliver across the UK.

Business Secretary Vince Cable said: ‘The talent which brings plays, operas, and films to life on screen and stage is the driving force behind our world-leading creative sector. UK creative industries generate £71 billion in revenue each year and support 1.71 million jobs.  It’s not something we’re just good at - we are the best in the world. We must continue to invest in the next generation of talent. That is why today I am proud to announce the National College for the Creative and Cultural Industries, which will train the technicians to support our country’s next award-winning directors, musicians and actors.’

Alex Beard, Chief Executive of the Royal Opera House and Chair of High House Production Park said: 'The creation of the National College at The Backstage Centre is a hugely important development in the breadth of opportunities now being offered from High House Production Park. We already have the Royal Opera House’s sets and scenery built on site, and the new Bob and Tamar Manoukian Costume Centre will open in September. To have such a concentration of professional craftspeople and training facilities for both students and professionals in backstage and technical skills in one place is unprecedented and will help enormously in equipping people with the right skills for jobs in the creative industries. It adds to what the Park can offer to Thurrock’s young people but will also be national resource for young people from across the country.’

Pauline Tambling, CEO, Creative & Cultural Skills, said: ‘This is a very exciting time for us all. There is an acknowledged shortage of highly qualified technical workers with hands-on industry experience, and there are rapid changes in the technology that technicians use to do their work. To be able to have a National College where we can train people in these often unseen skills, and to provide apprenticeships and industry experience, is absolutely vital.’