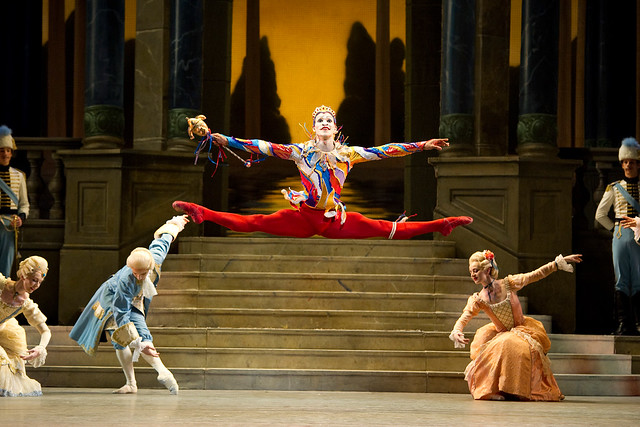 Fernando Montaño as the Jester in Cinderella © ROH / Tristram Kenton 2010

Royal Ballet First Artist Fernando Montaño has been nominated for a Personality of the Year Award at The Air Europa Latin UK Awards (LUKAS).

The awards, now in their second year, celebrate the culture of Latin American, Spanish and Portuguese communities in the UK.

Fernando, originally from Colombia, has been a First Artist with The Royal Ballet since 2010, and has danced a wide range of works, ranging from the role of the Jester in Frederick Ashton's Cinderella, to the role of the Caterpillar in Christopher Wheeldon’s Alice’s Adventures in Wonderland.

For the next three months, nominees are put to the public vote: the primary round of voting runs until 15 January, following which the top five most voted nominees enter a second round, which closes on 15 February.

The winners will be announced during a celebratory Gala Ceremony, described by Carlos Acosta as “the most sought after annual Latino event”.

To vote, go to the LUKAS site.