Take a look at the new World Stage promo featuring the Principal of The Royal Ballet with music by Florence + The Machine. 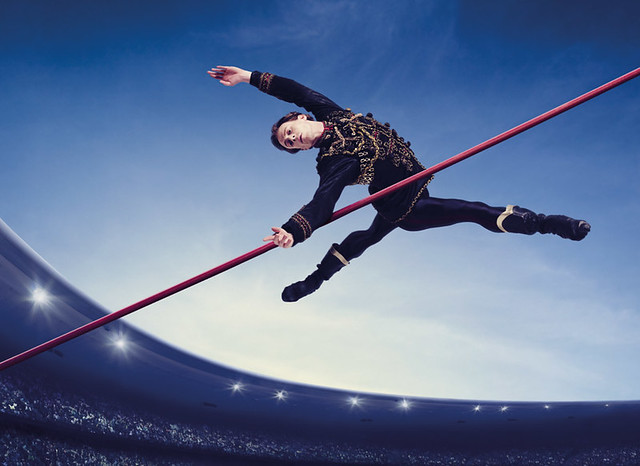 As we hurtle towards an Olympian summer, we've launched a new World Stage film for Spring 2012.

The film features Edward Watson, Principal of The Royal Ballet and is set to a soundtrack by acclaimed pop act Florence + the Machine, following its highly successful predecessor which showcased the talents of Lauren Cuthbertson to the sound of indie rock band The Horrors.

World Stage puts the spotlight on the world-class dancers and singers who appear at the Royal Opera House, but also makes a connection between the physical skill of these artists and that of sportsmen and women. The Spring 2012 film will be seen in over 700 cinemas in 22 countries during our  Cinema screenings, as well as online.

Acclaimed dancer Edward Watson has been with The Royal Ballet since 1994 and was promoted to Principal in 2005.  Since then he's danced a wide array of roles including Romeo (Romeo and Juliet), Des Grieux (Manon) and Oberon (The Dream). Last year he memorably created the role of Gregor Samsa in Arthur Pita's The Metamorphosis.

In 2012 Edward will be dancing roles including Romeo and Lewis Carroll/The White Rabbit (Alice's Adventures in Wonderland), as well as a number of parts yet to be announced.

The track used in the film is Florence + the Machine's 'No Light, No Light', taken from the album Ceremonials. Acclaimed by both the press and audiences alike, the band's sound has been described as  "somewhere between classic soul and midnight-on-the-moors English art rock" and with a penchant for the epic that reflects the scale of the World Stage campaign.

We went behind the camera on the shoot for the Spring season World Stage film.

This article has been categorised Ballet and tagged Ballet, by Kenneth Macmillan, Edward Watson, Florence and the Machine, olympics, Production, world stage

Leave a reply to eola · Cancel