Visitors can pose for a free photo with London 2012 Olympic torch. 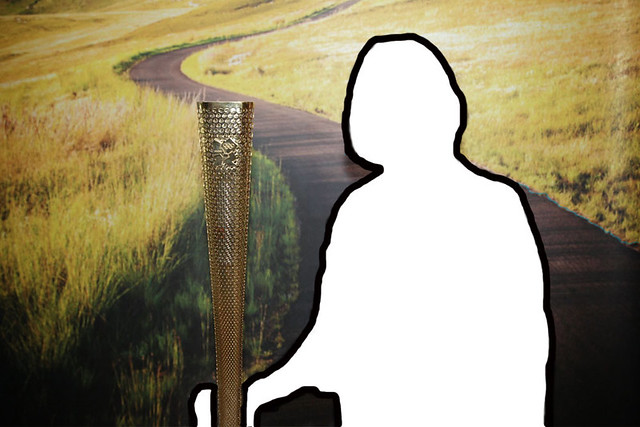 Visitors to The Olympic Journey: The Story of the Games will have the once-in-a-lifetime chance to hold the iconic Olympic torch and take home a snapshot of their Olympic moment.

The Olympic Journey: The Story of the Games is a free exhibition that features Olympic artifacts and archive material from across the ages. The displays include all of the Summer Olympic torches since 1936, including the London 2012 torch.

The 2012 torch was designed by Londoners Edward Barber and Jay Osgerby. It is perforated by 8,000 circles – to represent each individual torchbearer – and is triangular in shape – to symbolise the three Olympic values of respect, excellence and friendship. 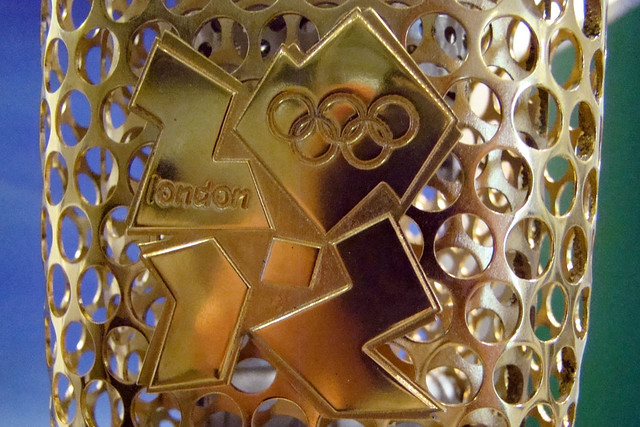 Over the course of 70 days, the torch has travelled 8,000 miles around the UK. Carried by 8,000 inspirational people, ranging from bass-baritone Bryn Terfel to champion jockey Frankie Dettori, it passed through over 1,000 different cities, towns and villages. On Friday, it arrived in dramatic style at the Olympic Stadium to officially open the Games.

The torch has been an integral element of the Olympic Games since their inception in Ancient Greece. Historically, a sacred flame burned continually on the altar of the goddess Hera for the duration of the games. Nowadays, prior to the Games, the torch is lit in Olympia, Greece. It then tours the host country to spread the message of peace, unity and friendship. The last torchbearer – this year Sir Steve Redgrave, who lit seven torches carried by a selection of promising young athletes – lights the cauldron at the Opening Ceremony to mark the official start of the Games.

The exhibition, organized in conjunction with BP and The Olympic Museum in Lausanne, includes archive film, photography and historical artifacts to tell the story of the Games and of the inspirational sporting heroes who have taken part.

Find out more about just what went into organising the exhibition.

For the duration of the exhibition, the Royal Opera House Shop will be an officially London 2012 Olympic outlet, offering a range of official merchandise. The exhibition is open every day from 10am to 7pm and will run until 12 August. Tickets are not required and entry is free. See our Olympic pages for further details. No booking is necessary to have your photograph taken with the Olympic Torch, simply join the queue for The Olympic Journey.

This article has been categorised Exhibition, Off stage and tagged exhibition, games, London 2012, Olympic Games, Olympic Torch, olympics, Photograph, The Olympic Journey: The Story of the Games, torch, torchbearer