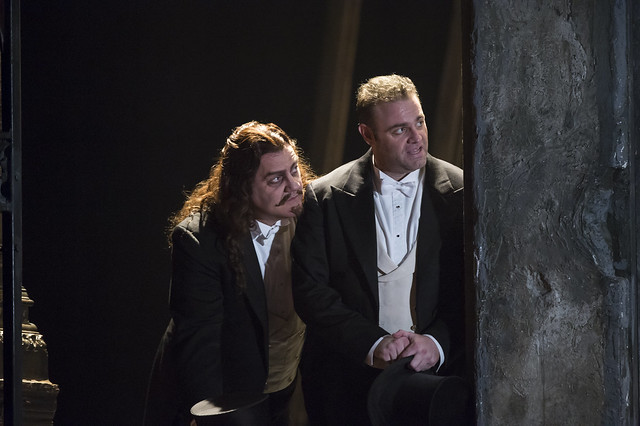 Tenor Joseph Calleja, who is currently performing on the main stage in Faust, won the Readers' Award. Joseph, who is the subject of an Insight event tonight, will return in the 2014/15 Season for Un ballo in maschera and La bohème.

Soprano Diana Damrau, who will soon be singing the role of Violetta in La traviata with The Royal Opera, won the Female Singer Award.

Other winners include Aldeburgh Festival’s Peter Grimes on Aldeburgh Beach and Hamburg Staatsoper's Verdi trilogy (La battaglia di Legnano, I due Foscari and I Lombardi), both winning Anniversary Production awards. Stuart Skelton won the Male Singer award, while the late director Gerard Mortier was given a posthumous award for Lifetime Achievement. View the full list of winners.

The Opera Awards celebrate excellence in opera and provide bursaries for emerging talent. Next year's awards will take place on 28 April 2015.