The world-renowned Italian conductor appeared at the Royal Opera House on a number of occasions between 1968 and 1993. 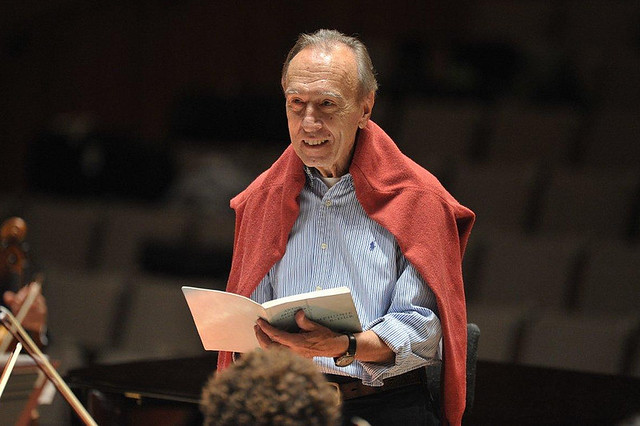 'Claudio Abbado was for Italy and the world a unique spirit and a visionary,' said Music Director of The Royal Opera Antonio Pappano, 'He seemed to truly have the Midas touch as everything he brought to life shined with a fierce light. Whether in the opera house, on the concert platform, in a recording studio, or surrounded by the créme de la créme of young musicians for whom he created orchestras, he is by any standard a giant. A tremendous loss.'

'He was an extraordinary musician and the whole world will mourn the passing of such a talented and vibrant artist who touched the lives of so many people. As a conductor Claudio Abbado was unparalleled in the range of work he conducted. He made a significant contribution to The Royal Opera, from his very first appearance at Covent Garden in 1968, with a great many unforgettable performances,' said Director of Opera Kasper Holten.

'Personally, I remember listening to so many of his recordings as a young teenager, and his readings introduced me to many of the great masterpieces. I remember especially listening to his amazing, vibrant and funny recording Il Viaggio a Reims, and later hearing him live conducting a passionate Carmen in Vienna. Truly a unique artist who will be sorely missed.'

He was one of the most outstanding conductors of his generation, and during his career held the posts of Music Director of La Scala, Milan; the Principal Conductor of the London Symphony Orchestra; and the chief conductor of the Berlin Philharmonic. He was the founder of the Lucerne Festival Orchestra.

A look at the conductor's Covent Garden performances

This article has been categorised Music, Opera and tagged Claudio Abbado, conductor, obituary