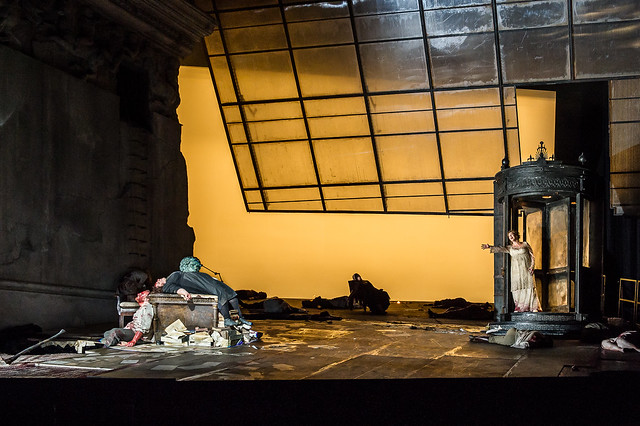 Latvian conductor Andris Nelsons has withdrawn from conducting the performances of Elektra with The Royal Opera on 9 and 12 October due to a strong viral flu. He has had to make this decision on orders from his doctor, and expresses deep regret at having to do so.

Assistant conductor Christopher Willis, who has been working closely with Andris Nelsons and the cast and orchestra on Elektra, will take over the two performances.

Christopher joined the Music Staff at Glyndebourne in 1978 and since 1985 has been a member of the Music Staff of The Royal Opera. He has been closely involved in the preparation of new works with both companies, by composers including Luciano Berio, Michael Tippett, Harrison Birtwistle, Oliver Knussen, Thomas Adès, Nigel Osborne and Alexander Goehr. He was Musical Director for City of Birmingham Touring Opera’s production of Smetana’s The Two Widows, creating a chamber reduction of the orchestral parts for piano and string quartet. He has conducted Paul Bunyan, Stiffelio, Eugene Onegin, The Tsarina’s Slippers, Rigoletto, Don Giovanni and Simon Boccanegra for The Royal Opera.

This article has been categorised Opera and tagged cast change, Christopher Willis, conductor