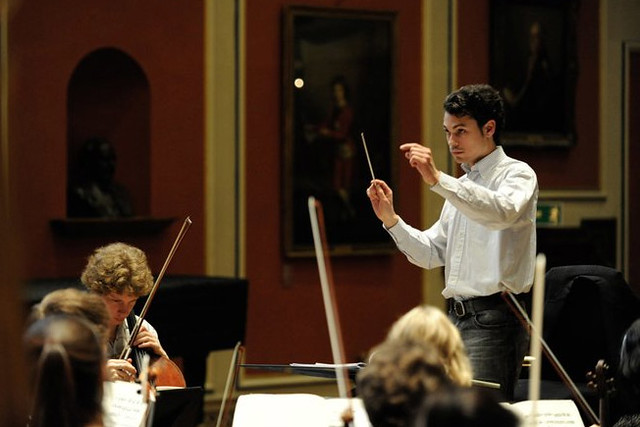 The Jette Parker Young Artists Programme has broadened in scope since it began, 11 years ago, with just six singers. By 2002 it had ten singers on board, plus a fledgling opera conductor, a trainee répétiteur and a young opera director. In the last two years it has seen its first ballet conductor (Dominic Grier) fly the nest, and taken on its first ballet pianist (Helen Nicholas).

‘There’s an urgent need for specialism in the ballet world,’ says The Royal Ballet’s Director of Music, Barry Wordsworth, ‘but on the whole the music colleges don’t present ballet as a career option. Most of them incorporate an opera school, so both pianists and conductors can contrive to work with singers, but you need dancers in order to understand what it is to work in dance, and that’s where we are ideally placed to help.

30-year-old conductor Dominic Grier, who recently completed the Young Artists Programme, spent a lot of time in his first year ‘quietly getting hold of the ropes’. Weekday mornings would be spent with the other Young Artists. He’d accompany language-coaching sessions at the piano, take part in movement classes and even try his hand at opera coaching. Then, in the afternoon, he would sit in on some ballet rehearsals and chew over his observations with his mentor, Barry Wordsworth, eventually landing an official role as assistant cover conductor on productions.

By the end of his second year, Dominic had covered some 35 performances, considerably more than the number covered by his opposite in the opera department, whose duties included acting as a répétiteur as well as cover conducting. Dominic was even asked to conduct Symphony in C and Concerto, which were recorded for DVD. Since then, the Young Artists Programme has proved its worth as a springboard for contact with other ballet companies. He has worked with Scottish Ballet and Birmingham Royal Ballet, and spent half of last year doing four shows a week on tour with Northern Ballet. This Season he has returned to the Royal Opera House to conduct The Royal Ballet in Onegin.

One of the things that makes conducting ballet so very different from opera, he says, is that you are the only person in the pit who knows what’s happening on stage. While the orchestra can hear every detail of the singers’ performance, the dancers require an intermediary. Strong stick technique is vital. ‘And one does get swept up in it sometimes. There’s a moment in The Nutcracker at the end of the Act I pas de deux, when I remember Alexander Campbell doing this round of jetés much faster than anyone else – he just whizzed around the space. I obviously had to react quickly, and I found myself beaming in the pit. That sort of energy compels you to go with it, and it’s at those moments that you feel there’s real collaboration going on.’

The Jette Parker Young Artists Programme is supported by Oak Foundation. Onegin is running until 8 February; tickets are still available.

This article was adapted from a piece in About the House, the quarterly magazine received by the Friends of Covent Garden.