Composer Francisco Coll on Café Kafka: 'To write an opera in the era of cinema, you must find new kinds of narrative'

The composer on Kafka and his relationship with Thomas Adès in the run-up to the premiere of his debut opera. 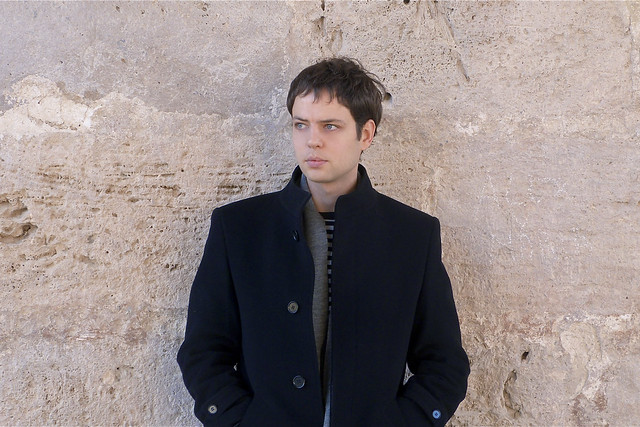 In Franz Kafka’s short story The Hunter Gracchus the title character is unable to cross over into the realm of death and is condemned to sail the earth forever, neither dead nor alive. This haunting tale is just one of the Kafka stories that inspired composer Francisco Coll in writing his debut opera, Café Kafka. We spoke to him ahead of the opera’s premiere to find out more.

Why did you turn to the works of Kafka when writing your first opera?
When I first started to think about the possible theme of the opera I didn’t have an author in mind, but I did have a strong feeling about an aspect that I wanted to explore – the depth of absurdity. Kafka has been one of my favourite writers since childhood; his work is very connected with the reality of today and how current society behaves. He offers us a mirror, which means we can learn a lot about ourselves from him. But I knew that I didn’t want to set one of his famous novels like The Trial or The Metamorphosis. Instead, I thought it would be good to create a long, original story from his short stories.

Annabel Arden, who is directing Café Kafka, has said it has the ‘logic of dreams and nightmares’. Is this something that particularly interests you?
In my earlier works I was very influenced by surrealism. In a way, it’s quite logical that I ended up writing this kind of opera, having previously written pieces that explore oneiric, or dream-like, aspects. My works Piedras and Piano Concertino are very connected with these qualities.

Meredith Oakes has written the libretto for Café Kafka – how did the pair of you work together?
It was very organic and simple – we discussed the short stories from Kafka we wanted to use and then I left it to Meredith. Once she sent me the text and I started to think about the music, I didn’t feel that I needed to make many big musical decisions because it was quite evident which kind of music I needed to use – it was already all there in the text.

What has been the most challenging thing about writing Café Kafka?
To write an opera nowadays, in the era of cinema, one needs to try to make it in such a way that it doesn’t become like a plastic commodity. A composer has to deal with the artificiality of the genre by finding new kinds of narrative and new ways of structuring the work.

In 2008 you began studying with the composer Thomas Adès. What effect has he had on your work?
From the beginning, he believed in my work and has showed this in the best possible way – by giving me opportunities. I have a lot to learn from him, and I’m very lucky that I can work so closely with him.

Café Kafka runs in the Linbury Studio Theatre from 17–19 March 2014 in a double programme with Elspeth Brooke's The Commission. Tickets are still available.

The programme is a co-commission and co-production with Aldeburgh Music and Opera North supported by Arts Council England's Britten Centenary Fund.