Claudio Abbado: A look back at the conductor's Covent Garden performances 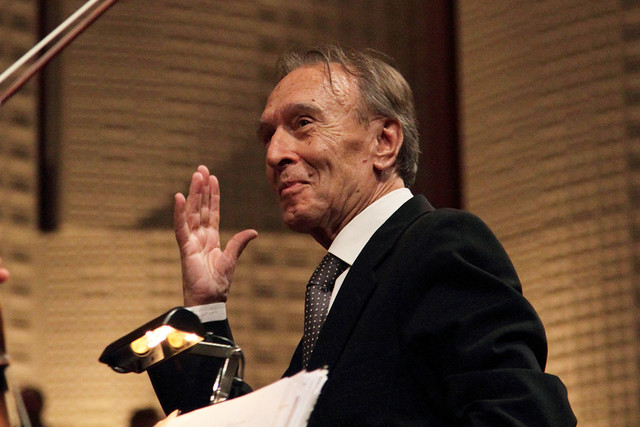 Claudio Abbado first appeared in the pit at Covent Garden in 1968. Aged 35, he made a huge impression as a conductor in the finest Italian tradition. He was offered the post of musical director of The Royal Opera when Colin Davis retired in 1987. However Abbado had already filled a similar position at La Scala and preferred to concentrate on performances in the concert hall.

Abbado’s first Covent Garden performances in 1968 visit saw him conduct a revival of the famous Visconti production of Don Carlo with a cast led by Carlo Cossutta, Gwyneth Jones and Shirley Verrett. He returned in 1974 for a fine new production of Un ballo in maschera which had an exceptional cast, with Plácido Domingo, Piero Cappuccilli and Katia Ricciarelli in the principal roles.

In 1976 La Scala did an exchange with The Royal Opera and Abbado led the Italian company for a triumphant season at Covent Garden. He conducted all the performances, which included Verdi’s Requiem, La Cenerentola (with Teresa Berganza in the title role) and the incomparable Giorgio Strehler production of Simon Boccanegra.

In 1983 he conducted an exciting new production – Boris Godunov, directed by Andrei Tarkovsky with Robert Lloyd in the title role. A decade later Abbado returned for a revival of the bewitching Václav Kašlík and Josef Svoboda production of Pelléas et Mélisande with Frederica von Stade and François Le Roux.

The diversity of Abbado’s interests and repertory was typical of a maestro who strove for a fresh interpretation of the traditional repertoire: as was evidenced when he was music director of the London Symphony Orchestra and the Berlin Philharmonic.

One critic wrote after his Royal Opera performances of Un ballo in maschera: ‘Abbado digs into the guts of the score.’ It was that intensity and musical scholarship that Abbado brought to all his evenings at Covent Garden. His love for the music and ability to coax the orchestra to magnificent playing made his appearances in the House special.

We asked you for your memories of seeing Claudio Abbado perform:

@RoyalOperaHouse I will never forget his conducting of Tchaikovsky's 4th Symphony. His Mahler's 5th was also very special.

@RoyalOperaHouse @bbcproms Abbado conducting Mahler 9. At the end he held his baton for 2 mins @RoyalAlbertHall was silent before cheering.

@RoyalOperaHouse my intro. to opera was a young Abbado conducting the 1974 Barber of Seville film, so I have a lot to thank him for!

This article has been categorised Music, Opera and tagged Claudio Abbado, conductor, obituary