The Tony Award-winning musical comes to London’s Dominion Theatre after its hit run on Broadway. 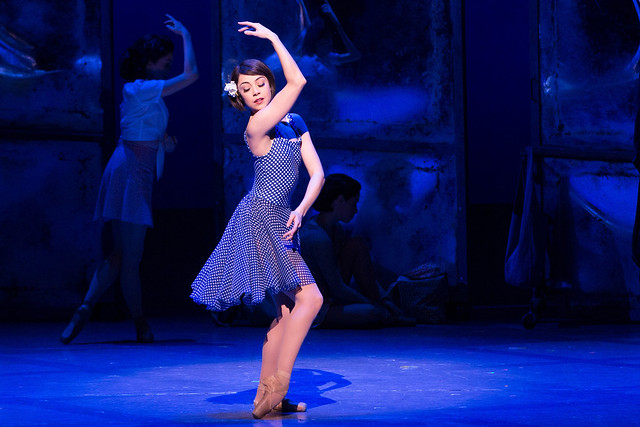 Leanne Cope in An American in Paris © Matthew Murphy

Choreographer Christopher Wheeldon’s Tony Award-winning musical An American in Paris will make its West End debut at the Dominion Theatre in March 2017.

The stage adaptation of An American in Paris is based on Oscar-winning film starring Gene Kelly and Leslie Caron and features the music of songwriting brothers George and Ira Gershwin, including hits including 'I got rhythm', ''S Wonderful', and 'They can't take that away from me'.

The production had its world premiere at the Théâtre du Châtelet in Paris before moving to the Palace Theatre on Broadway, where it won four Tony Awards, including Best Choreography.

Wheeldon trained at The Royal Ballet School and danced with the Company from 1991–93. Since his retirement from dancing in 2000, he has created several works for The Royal Ballet including Alice's Adventures in Wonderland and Strapless, which returns to the Royal Opera House in May in a new mixed programme, The Vertiginous Thrill of Exactitude / Tarantella / Strapless / New Liam Scarlett.

Wheeldon’s acclaimed one-act ballet, After the Rain also returns to the Royal Opera House this Season in a new mixed programme to celebrate contemporary ballet, The Human Seasons / After the Rain / Flight Pattern.

An American in Paris opens on 4 March 2017. Tickets are available here.

An American in Paris Fundraising Gala will take place on the 8 March 2017 at the Dominion Theatre. Full details can be found here or contact Helena Price on +44 (0)20 7212 9469 or helena.price@roh.org.uk.

This article has been categorised Dance and tagged An American in Paris, Ballet, by Christopher Wheeldon, Dominion Theatre, Musical, Production, Tony Awards