Liam Scarlett's new production with a score by Tchaikovsky will be broadcast live across the world. 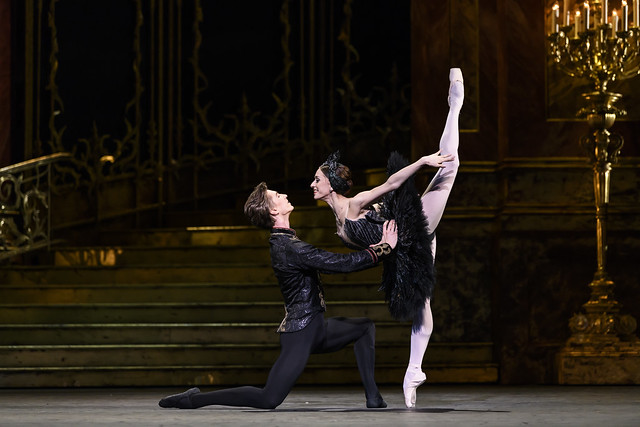 The Royal Ballet's new Swan Lake will be broadcast live in cinemas across the world, and relayed to BP Big Screens in the UK, on 12 June 2018.

Liam Scarlett's production is the Company's first new staging in 30 years, and the broadcast promises to be a major event in the arts this summer.

Prince Siegfried chances upon a flock of swans while out hunting. When one of the swans turns into a beautiful woman, Odette, he is enraptured. But she is under a spell that holds her captive, allowing her to regain her human form only at night.

Tchaikovsky's score for Swan Lake is some of ballet's most recognizable music: ‘From that first note on the oboe you are immediately transported into this beautiful, tragic fairytale,’ explains choreographer Liam Scarlett.

The Royal Ballet's new production builds on this tradition: Scarlett has created an entirely new Act IV, based on the musical running order that was also used by Former Director of The Royal Ballet Frederick Ashton.

Scarlett's production sees the dancers in the corps de ballet wearing tutus rather than long skirts. The production is another chance to experience the partnership between Liam Scarlett and highly-esteemed designer John Macfarlane, which has blossomed since their first collaboration on Asphodel Meadows in 2010. The two reunited in 2016 to create Frankenstein. 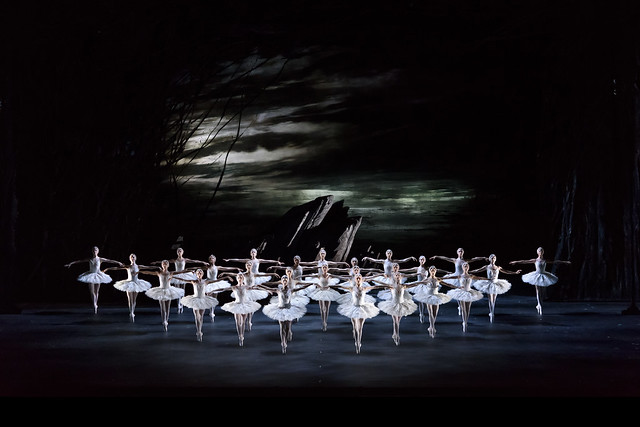 The live cinema relay is a showcase for the Company, who dazzle in full royal finery at the palace, and in delicate feathered tutus as flocks of swans. Marianela Nuñez dances the roles of swan princess Odette and black swan Odile; while Vadim Muntagirov dances the role of Prince Siegfried.

We've rounded-up audience and press reviews from opening night and we'd love to hear from you before, during intervals and after the live cinema relay, so share your thoughts via Twitter and Instagram using #ROHswanlake.

If you're watching the performance via BP Big Screen in the UK, share your interval picnic pics with the same hashtag for a chance to win a collection of Royal Opera House DVD/Blu-Rays.

This article has been categorised Ballet and tagged Ballet, by Liam Scarlett, cinema, Production, Swan Lake

This article has 56 comments

Leave a reply to Dita · Cancel