The Royal Ballet's production of the 19th-century Russian classic will be relayed to cinemas from London. 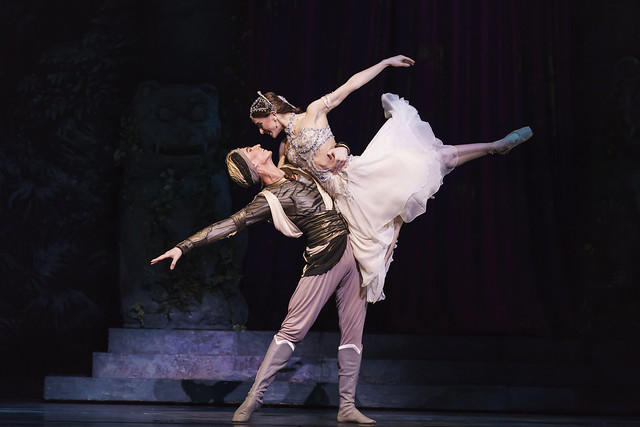 The Royal Ballet's La Bayadère will be relayed live to cinemas across the world on 13 November. Find a La Bayadère screening near you.

Natalia Makarova's production of this 19th-century classic ballet brings an exotic world of temple dancers and noble warriors to life.

Nikiya, a temple dancer, is in love with the warrior Solor. The High Brahmin also desires Nikiya, and when she rejects him, he plans to take revenge on Solor.

An iconic 19th-century Russian ballet, La Bayadère was originally performed at the Bolshoi Theatre in St Petersburg in 1877, and was regularly performed within the former Soviet Union throughout the 20th century. It remained unknown in the West until the Kirov Ballet featured an extract of it in their 1961 tour. Natalia Makarova saw La Bayadère as a child in Leningrad and created this production in 1980. It was first performed by The Royal Ballet in 1989.

The ballet’s most famous moment is the ethereal ‘Kingdom of the Shades’ scene, in which the intoxicated Solor sees a seemingly endless sequence of white-wreathed Shades, dressed all in white and dancing in perfect unison. 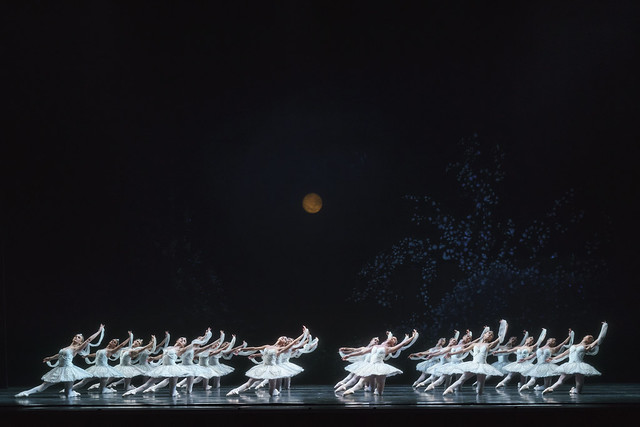 Artists of The Royal Ballet in La Bayadère © 2018 ROH. Photographed by Bill Cooper

Czech composer and violinist Ludwig Minkus composed the music for more than twenty Russian ballets, including La Bayadère. Although his name may not be as widely known as the likes of Tchaikovsky or Rachmaninoff, Minkus's music is amongst the most performed in all ballet: conductor Martin Yates describes him as one of the 'founding fathers' of Russian ballet music.

For the live cinema relay, the warrior Solor will be danced by Vadim Muntagirov, while Princess Gamzatti who is due to be married to him will be performed by Natalia Osipova. The temple dancer, Nikiya, will be danced by Marianela Nuñez.

Share your thoughts using the hashtag #ROHbayadere and we'll share a selection of our favourites during the relay.

This article has been categorised Ballet and tagged by Natalia Makarova, cinema, La Bayadere, Production