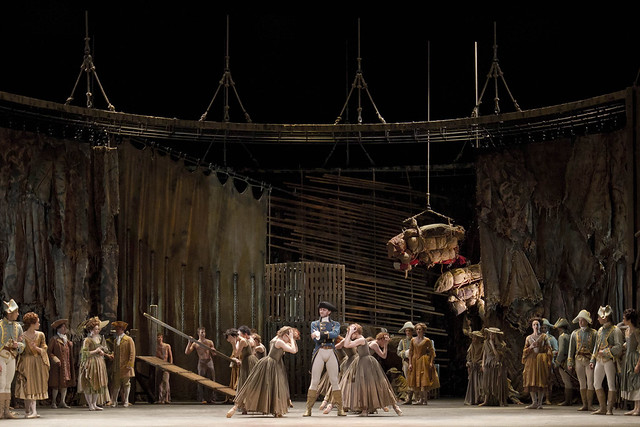 Update: Thiago Soares to dance the role of Lescaut on 7 October

Additional debuts have been announced for The Royal Ballet’s first production of the Season, a 40th-anniversary celebration of Kenneth MacMillan’s 20th-century classic Manon.

Principal Guest Artist Carlos Acosta will make his debut as Manon’s scheming brother Lescaut in addition to his performances as Des Grieux partnering Natalia Osipova as Manon. First Soloists Alexander Campbell, Bennet Gartside and Valentino Zucchetti will also make their debuts as Lescaut during the run of performances. For the performance of Manon on 7 October, the role of Lescaut will be danced by Principal Artist Thiago Soares.

First Soloist Yuhui Choe will make her debut as Lescaut's Mistress and Soloist Thomas Whitehead will make his debut as Monsieur G.M..

The debuts of Natalia Osipova, Melissa Hamilton and Francesca Hayward in the title role have already been announced. As have those of Vadim Muntagirov and Matthew Golding as Des Grieux.

Full details of dates and ticket availability can be found here.