Cast change: Vlada Borovko to sing in Mitridate, re di Ponto on 7 July

The Russian soprano replaces Albina Shagimuratova due to illness. 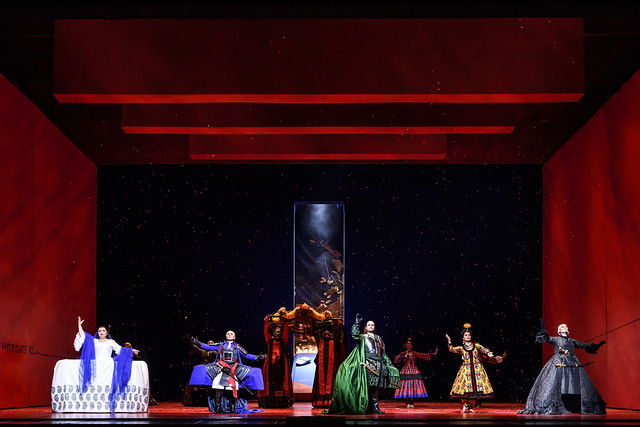 Due to illness, Russian soprano Albina Shagimuratova has had to withdraw from singing the role Aspasia in the final performance of Mitridate, re di Ponto on Friday 7 July.

The role of Aspasia will now be performed by Russian soprano Vlada Borovko.

Vlada Borovko joined the Jette Parker Young Artists Programme in September 2015 and last Season sang Frasquita in Carmen, Violetta Valéry in a last-minute debut in La traviata, Xenia in Boris Godunov and Anna in Nabucco. This Season she has also sung Clotilde in Norma, Ermione in Oreste at Wilton’s Music Hall, Mademoiselle Jouvenot in Adriana Lecouvreur, and Giannetta in L’elisir d’amore. She performed the role of Aspasia on 29 June and 1 July.