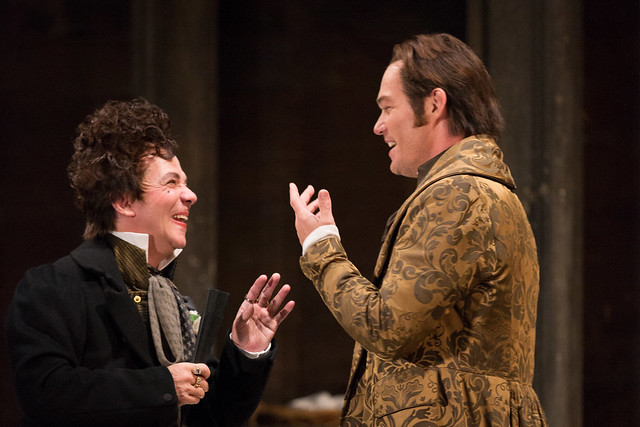 Joshua Ellicott has withdrawn from the role of Don Basilio in The Royal Opera's Le nozze di Figaro for performances in the earlier of two ROH runs: in September and October 2013.

The role will now be sung by French tenor Jean-Paul Fouchécourt. Jean-Paul made his debut with The Royal Opera in 1997 at the Edinburgh International Festival. Since then, he's sung with the Company in The Golden Cockerel, Les Comtes D'Hoffmann and Carmen.

Jean-Paul has previously sung the role of Don Basilio at the Opéra de Lyon and Paris Opéra. Other recent roles include Le Remendado in Salzberg's Carmen, and Le Roi Ouf I L’Étoile for Berlin State Opera. He recently conducted Mesdames de la Halle for Opéra de Lyon and is Artistic Director of the Studio de L'Opéra de Lyon.

This article has been categorised Opera and tagged Jean-Paul Fouchécourt