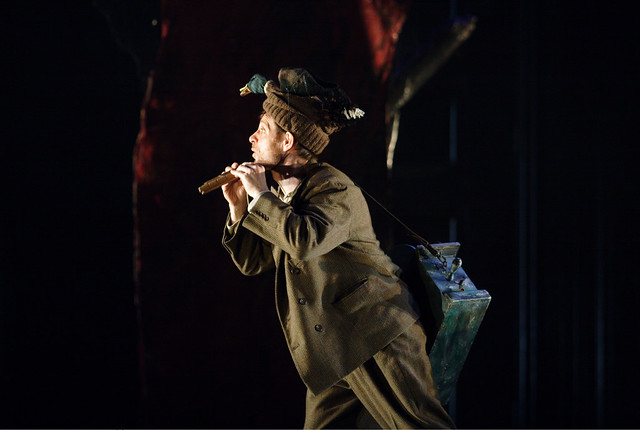 Further BBC Radio 3 broadcasts of Royal Opera productions during the 2014/15 Season have been announced. These are in addition to previously-announced relays of autumn performances.

Un ballo in maschera on 10 January 2015 at 7.15pm.
The pre-recorded broadcast stars Joseph Calleja, Liudmyla Monastyrska and Dmitri Hvorostovsky. Daniel Oren conducts one of Verdi's most sophisticated and subtle scores.

La bohème live on 8 June 2015 at 7.20pm.
The live broadcast stars Anna Netrebko and Joseph Calleja. Dan Ettinger conducts Puccini's masterpiece which features the aria 'O soave fanciulla' and one of all opera's most dramatic finales.

All of the titles and broadcast dates listed above are subject to change. Please check BBC Radio 3’s Opera on 3 website for the latest schedule.

The Royal Opera House and the BBC are partners. Find out more.