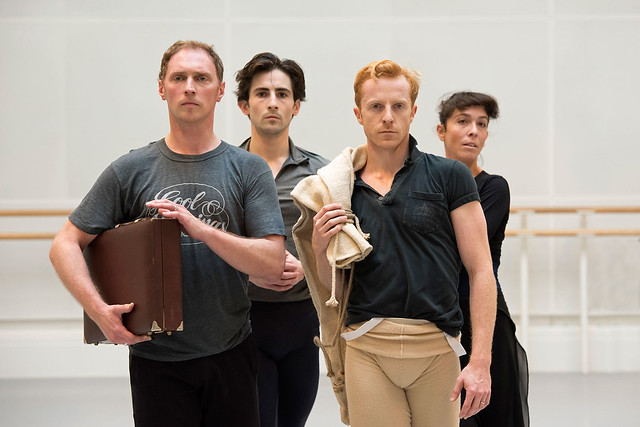 The most celebrated young poet in England at the time, W.H. Auden had controversially emigrated to America in January 1939. The writer felt he had come to an impasse both in his poetic career and in his personal life, and he sought new beginnings. America was famous for such opportunities, as he told Louis MacNeice: 'In England today the artist feels essentially lonely, twisted in dying roots…in America, he is just lonely, but so… is everybody else.’

When Germany invaded Poland that year, Auden wrote one of his most scathing poems, September 1, 1939. A thematic precursor to The Age of Anxiety, with the poet sitting in ‘one of the dives’ on 52nd Street, it identified the ‘waves of anger and fear’ across the world as symptomatic of more than the threat of another world war: this anger and fear, he wrote, was ‘obsessing our private lives’.

Auden began writing The Age of Anxiety during wartime, in July 1944. ‘When the historical process breaks down’, begins the poem’s prose prologue, ‘and armies organize with their embossed debates the ensuing void which they can never consecrate, when necessity is associated with horror and freedom with boredom, then it looks good for the bar business’.

While The Age of Anxiety is an obscure, challenging and – ultimately – enormously rewarding read. Its scenario is nevertheless quite simple and mundane. Four ordinary, lonely, unacquainted people – Quant, an ageing Irish businessman; Malin, a retired medical officer in the Canadian Air Force; Rosetta, a Jewish buyer for a department store; and Emble, a handsome teenage naval recruit – get drunk in a bar in New York during wartime.

When The Age of Anxiety was published in 1947, many thought Auden had characterized the times: he had given a name to the confusion and concern of a paranoid world reeling from the international disaster of World War II. But ‘the age of anxiety’ is as much an acknowledgment of personal limitation – the precarious co-existence of freedom and necessity, the perpetual interplay of boredom and horror, which can only be navigated by embracing our shared humanity.

Leonard Bernstein read the poem in the summer of 1947, finding it ‘fascinating and hair-raising’ and ‘one of the most shattering examples of pure virtuosity in the history of British poetry.’ By his own report the composition of a symphony took on an almost compulsive quality, and he worked on it steadily for the next two years, finally completing it in New York in March 1949 and playing piano when the work had its premiere on 8 April. 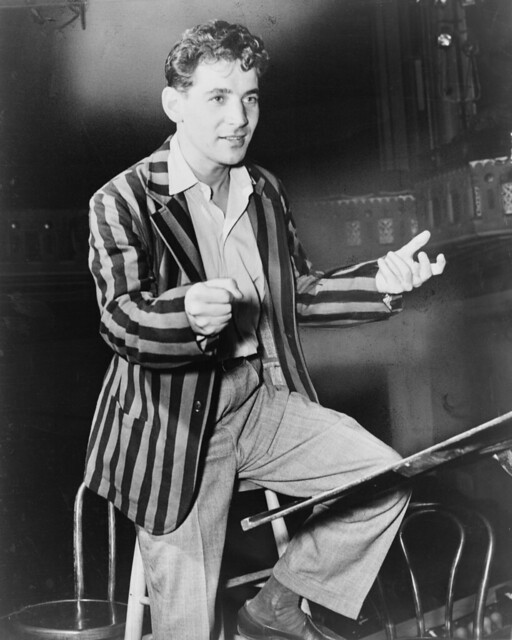 Bernstein’s outline of the symphony shows how faithful he was to the poem. A short prologue begins Part I, finding the four characters alone, then drawn together by a common urge – a ‘lonely improvisation by two clarinets, echo-tone’ before a long descending scale takes them into the unconscious realm.

Auden’s seven ages – where the characters discuss the progress of human history – are a series of seven variations, each introducing ‘some counter-feature upon which the next variation seizes’ in a sort of ‘musical fission’. Similarly, the seven stages – a symbolic dream journey in which the characters travel through their individual and collective unconscious – are seven more variations as the four try all means of homecoming, singly, in pairs, exchanging partners, ‘always missing the objective’ awakening to a shared experience of their humanity, and inebriation.

Part II begins with the ‘Dirge’ as the characters mourn the loss of the ‘colossal father’, and a contrasting middle section ‘in which can be felt the self-indulgent, or negative, aspect of this strangely pompous lamentation’. The ‘Masque’ is a scherzo for piano and percussion with ‘a kind of fantastic piano-jazz’ ending in anti-climax with four bars of ‘hectic jazz’. When the orchestra stops, a pianino continues with waning energy: a separation of the self from the guilt of escapist living, the solo-piano protagonist free again to examine what is left beneath the emptiness.

This is an extract from Will Richmond's article 'Affirmative Gestures' in The Royal Ballet's programme book, available during performances and from the ROH Shop.

The Age of Anxiety appears in The Royal Ballet's mixed programme with Ceremony of Innocence and Aeternum and runs from 7–17 November 2014. Tickets are still available.

The programme is given with generous philanthropic support from Richard and Delia Baker (Ceremony of Innocence) Simon and Virginia Robertson, Kenneth and Susan Green, Karl and Holly Peterson, The Age of Anxiety Production Syndicate, the Friends of Covent Garden and an anonymous donor (The Age of Anxiety) and The Royal Opera House Endowment Fund.