Royal Ballet Principal Edward Watson to sign copies of the DVD at the Royal Opera House Shop on 7 February. 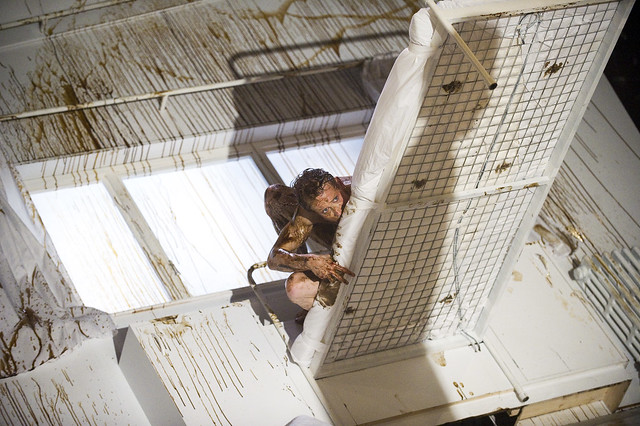 Edward Watson as Gregor Samsa in The Metamorphosis © ROH 2011

Arthur Pita’s multiple award-winning The Metamorphosis is available to buy on DVD and Blu-ray in shops and online from tomorrow, 1 February 2014. The DVD is available to pre-order now at a discounted price of £19.99 for a limited time from the Royal Opera House Online Shop.

Royal Ballet Principal Edward Watson, who won the 2012 Olivier Award for Outstanding Achievement in Dance for his performance, will be signing copies of the DVD at the Royal Opera House Shop in Covent Garden on 7 February at 3.30pm.

Based on Kafka’s iconic novella of the same name, Arthur Pita's dance theatre production of The Metamorphosis tells the story of Gregor Samsa, a salesman who awakes one morning to find he has been transformed into a monstrous insect. Edward Watson created the role of Gregor Samsa. Read an interview with Edward about the work.

The adaptation received acclaimed from critics and audiences on both its Covent Garden runs to date, winning Southbank Sky Arts and Critics Circle National Dance Awards. Read audience reactions to The Metamorphosis.

Edward Watson will perform in upcoming productions of Gloria, The Winter's Tale, DGV: Danse à grande vitesse and Alastair Marriott's new work. He is currently performing in Men in Motion at the London Coliseum.