An elixir with fizz

Why Donizetti’s L’elisir d’amore is unmissable. 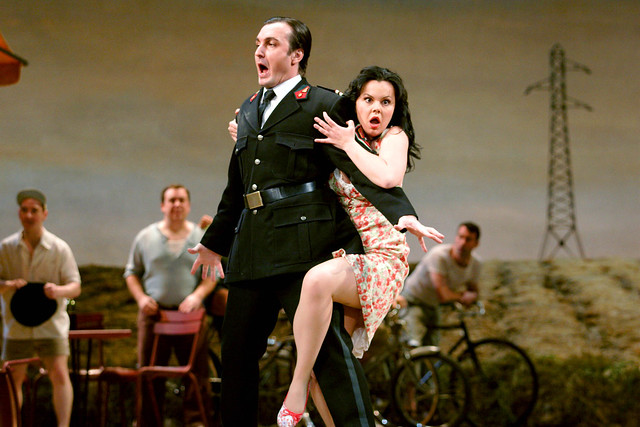 L’elisir d’amore has been one of my favourite operas, ever since I saw it for the first time at the Royal Opera House in the 1980s, performed by Luciano Pavarotti.

Here is a video of Pavarotti singing the opera’s most famous aria, Una furtiva lagrima, in a different production:

The opera is very touching and funny, but also has tunes that you can hum on the way out.  As with any comedy, a successful performance depends on exact timing, not only in the acting, but also in the singing.  To make the experience complete, you need a conductor who understands the genre.  We are extremely fortunate in having Maestro Campanella, who is the perfect interpreter of bel canto repertory. He will bring the necessary fizz to the performance.

I have followed Roberto Alagna since he first came to London and sang the wonderful Roméo in Roméo et Juliette in 1994, and I cannot wait to see him in this comic role, which he has not sung in London before.

I have no doubt that Roberto Alagna will bring his personal charm and charisma to the evening. Having Aleksandra Kurzak return in the role of will simply be a treat.

No performance of Elisir is complete without a really funny Doctor Dulcamara. For those who don’t know, he supplies the elixir (red wine) which makes Adina fall in love with Nemorino. Ambrogio Maestri is just the right person to play the larger-than-life ‘doctor’.

The on-stage elixir varies from production to production; the substitute for red wine can be Ribena, cranberry juice or grape juice, depending on personal taste. You can come to L’elisir d’amore assured that the delirious comedy is due to the singers’ skills as performers rather than inebriation!

Booking is now open for Laurent Pelly’s production of L’elisir d’amore at the Royal Opera House. It runs from 13 November – 7 December 2012.