A guide to Sir Kenneth MacMillan

We take a look at one of ballet’s greatest storytellers. 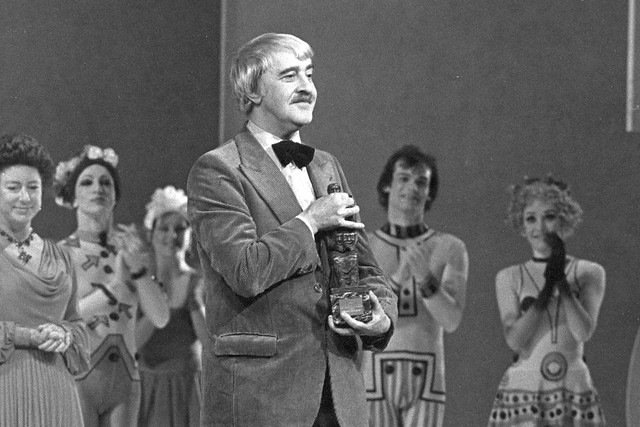 The choreographer behind some of the greatest ballets of the 20th century, Sir Kenneth MacMillan (1929-1992) is an illustrious figure in the world of dance.

Kenneth MacMillan was the first British choreographer to be produced entirely by the Sadler’s Wells Ballet, now The Royal Ballet. His works remain at the heart of the repertory of The Royal Ballet and his full-length ballets Romeo and Juliet, Manon and Mayerling are danced by companies around the world.

MacMillan discovered ballet in 1940, at the age of 11, when he was evacuated from his home-town, Great Yarmouth, to Retford, Nottinghamshire. Although he had already learnt tap and Scottish country dancing, taking part in entertainments for soldiers at American air force bases, it was ballet that became his passion. On his return to Great Yarmouth, he began lessons with dance teacher Phyllis Adams. MacMillan came from a poor background and could not afford classes so Adams, recognising his talent, taught him for free and encouraged his dance ambitions. For MacMillan, whose mother died when he was just 12, she became a hugely important figure in his life.

At the age of 15 MacMillan wrote to Ninette de Valois pretending to be his father “my son, who is nearly 15, wants to be a ballet dancer and many people think he is very talented” asking for an audition for the Sadler's Wells Ballet School (now the Royal Ballet School). MacMillan arrived late and De Valois had him join a Company class and dance alongside Margot Fonteyn and Beryl Grey.  She was impressed by what she saw and he was awarded a scholarship. MacMillan was a founder member of Sadler’s Wells Theatre Ballet in 1946 and over the next ten years appeared with both the Sadler’s Wells Companies, dancing the role of Florestan in The Sleeping Beauty during the company’s first tour of America in 1949.  A talented classical dancer, he also appeared in romantic roles such as the poet in Les Sylphides.  His first created role was as The Great Admirer of Mademoiselle Piquant in John Cranko’s ballet Children’s Corner in 1948 and other created roles include Moondog in John Cranko’s The Lady and The Fool and the title role in Margaret Dale’s The Great Detective.  Although he enjoyed great success as a dancer, MacMillan found himself becoming increasingly interested in choreography.

MacMillan created his first choreographic work, Somnambulism, a ballet set to jazz music by Stan Kenton but based on classical technique, for the Sadler’s Wells Theatre Ballet’s First Choreographic Evening in 1953. He prepared it in just a week, in a room at Sadler's Wells Theatre so cluttered with skips and wardrobe baskets that there was barely enough floor space to move. It was apparent to everyone present that here was a new and highly individual talent. In 1954 De Valois commissioned his first stage work for Sadler’s Wells Theatre Ballet Danses concertantes, which was very well received. By this time, MacMillan was suffering from increasingly crippling stage-fright and panic attacks, so De Valois offered him work as a choreographer and in time he became resident choreographer.  He explained in an interview for BBC Omnibus:

“I stopped dancing when I was about 23 mainly because I had just terrible stage-fright and I hated performing. I turned to choreography as a release from dancing and I was lucky enough that the first thing I did everyone liked.”

MacMillan began to create for The Royal Ballet what would become a huge body of work, and his early ground breaking one-act ballets include The Burrow (1958), The Invitation (1960) and The Rite of Spring (1962).  Over the following years, he cemented his reputation as a choreographer of the first rank. From the oppressive setting of The Burrow, a work that reminded many of The Diaries of Anne Frank, to the graphic depiction of rape in The Invitation much of MacMillan’s work focused on the theme of the outsider, the rebel and the downtrodden.

Jann Parry, author of the biography of Different Drummer: The Life of Kenneth MacMillan explains that MacMillan was the first choreographer to express the feelings and anxiety of the post-war generation:

“He was rebelling against the conventional idea that ballet was light entertainment… and using ballet to express things that are inexpressible in words.”

In 1965, he created his first full-length ballet, Romeo and Juliet, on Royal Ballet Principals Lynn Seymour and Christopher Gable. It is based on the Shakespeare tragedy and like Shakespeare’s play the ballet is an earthy treatment of the story.  MacMillan’s Romeo and Juliet are recognisably two teenagers discovering love and sex for the first time. It includes wonderful dancing for the corps de ballet whether it’s the two Montague and Capulet gangs street fighting or the stylised court dancing of the Capulet’s ball. It received an unprecedented number of ovations at its first performance when the title roles were danced by Rudolf Nureyev and Margot Fonteyn and is widely regarded as his masterpiece. Find out more about the excitement surrounding the build-up to the premiere.

MacMillan created over forty ballets during his career, winning the respect and admiration of dancers worldwide. Lynn Seymour, on whom he created many leading roles, explained that, “he had the gift of revealing each individual's talents and had won their respect and belief in his work. To be in one of his ballets, even at the humblest level, was seen as a special bestowal of regard and made you one of a select, elite chosen few.” Read more of Lynn Seymour's thoughts about MacMillan.

MacMillan worked extensively with The Royal Ballet until 1966. In 1963 Las Hermanas was commissioned by choreographer John Cranko for Stuttgart Ballet.  MacMillan and Cranko had become friends and collaborators first at Sadler’s Wells Ballet School and then at Sadler’s Wells Theatre Ballet.  When Cranko became Director of Stuttgart Ballet he invited MacMillan to create works for the company including one of his greatest ballets Song of the Earth in 1966. From 1966 MacMillan spent four years as Director of the Deutsch Oper Ballet in West Berlin creating Concerto for them during that period.

MacMillan returned to London in 1970, to take up the post of Director of The Royal Ballet, which he held for seven years before retiring to focus on his choreography. He continued to work with The Royal Ballet becoming Principal Choreographer of The Royal Ballet as well as working as Associate Director of American Ballet Theatre (1984 – 1989) and Artistic Associate of the Houston Ballet (1989 – 1992). Later works created for The Royal Ballet include the one-act ballets Elite Syncopations (1974), The Valley of Shadows (1983), Different Drummer (1984), Winter Dreams (1991) and The Judas Tree (1992) and the three full-length ballets Manon (1974) and Mayerling (1978).  MacMillan died unexpectedly on 29 October 1992 backstage at the Royal Opera House during a performance of his ballet Mayerling.

A choreographer who changed the nature of classical ballet, he has left a powerful legacy in the dance world. Watch this interview to find out more.