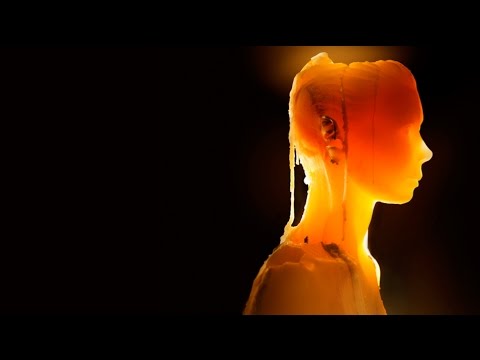 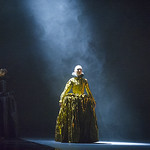 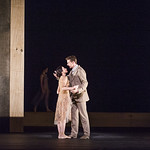 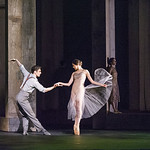 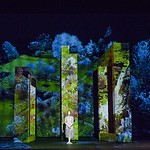 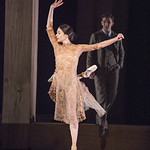 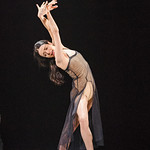 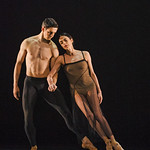 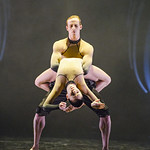 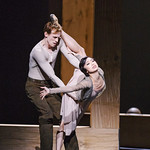 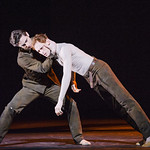 Wayne McGregor’s award-winning ballet triptych is inspired by the writings of Virginia Woolf, with an original score by Max Richter.

There are currently no scheduled performances of Woolf Works. It was last on stage 21 January—14 February 2017 as part of the Winter 2016/17 season.

Virginia Woolf defied the false order of narrative conventions to depict a heightened, startling and poignant reality. Woolf Works re-creates the synaesthetic collision of form and substance in her writings.

‘Life is not a series of gig-lamps symmetrically arranged; life is a luminous halo, a semi-transparent envelope surrounding us from the beginning of consciousness to the end… the proper stuff of fiction is a little other than custom would have us believe it.’ – Virginia Woolf, Modern Fiction

Wayne McGregor’s ballet triptych Woolf Works, inspired by the writings of Virginia Woolf, met with outstanding critical acclaim on its premiere in 2015, and went on to win McGregor the Critics’ Circle Award for Best Classical Choreography and the Olivier Award for Best New Dance Production. The Observer described it as ‘a compellingly moving experience’; for The Independent it ‘glows with ambition… a brave, thoughtful work’; The Guardian concluded that ‘it takes both McGregor – and the concept of the three-act ballet – to a brave and entirely exhilarating new place’.

Each of the three acts springs from one of Woolf’s landmark novels: Mrs Dalloway, Orlando and The Waves – but these inspirations are also enmeshed with elements from her letters, essays and diaries. Woolf Works expresses the heart of an artistic life driven to discover a freer, uniquely modern realism, and brings to life Woolf’s world of ‘granite and rainbow’, where human beings are at once both physical body and uncontained essence. Woolf Works was McGregor’s first full-length work for The Royal Ballet, and saw him reunited with regular collaborator Max Richter, who provides a commissioned score incorporating electronic and orchestral music.

Laser lighting effects are used in this performance.

The performance lasts about 2 hours 45 minutes, including two intervals.

Ciguë, We Not I and Wayne McGregor

We have two Woolf Works‐related products in the shop