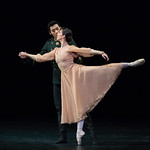 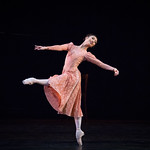 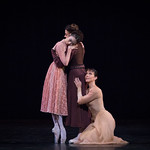 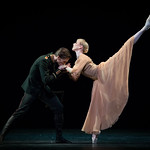 Itziar Mendizabal as Olga and Bennet Gartside as Kulygin in Winter Dreams, The Royal Ballet © 2018 ROH. Photograph by Alice Pennefather 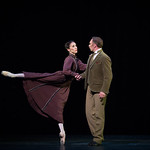 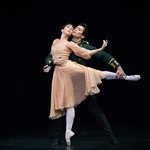 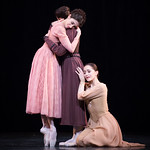 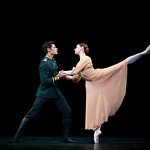 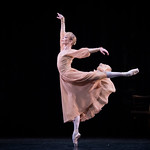 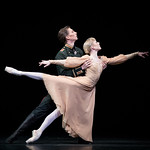 Masha, Irina and Olga are oppressed by their isolated and rural life. Masha, feeling trapped in her marriage to Kulygin, has fallen in love with Lt. Colonel Vershinin, who is stationed in the town garrison.

Winter Dreams grew from the 'Farewell' pas de deux, which MacMillan created to celebrate Her Majesty Queen Elizabeth the Queen Mother's 90th birthday. The full ballet, created for The Royal Ballet, had its premiere in 1991. It is inspired by Chekhov's play The Three Sisters but is not a narrative portrayal of the whole story. Instead, MacMillan delves into the inner lives of the characters and displays their hidden thoughts and feelings through a series of solos, pas de deux and ensembles.

Winter Dreams ranges in style from the lyrical, yearning pas de deux for Masha and Vershinin, to the folk dances performed by the local soldiers, and MacMillan's characteristically dramatic style, with every movement full of human emotion, is evident throughout. This is matched with Tchaikovsky's music, arranged by Philip Gammon, and traditional music for balalaikas, and set within the period, provincial atmosphere of Peter Farmer's designs.