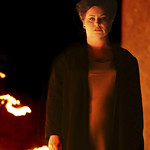 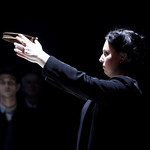 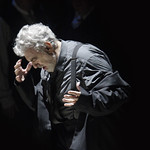 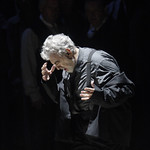 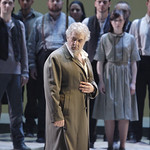 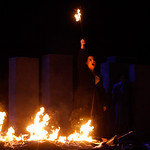 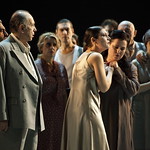 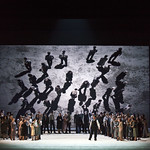 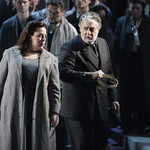 There are currently no scheduled performances of Nabucco. It was last on stage 6–30 June 2016 as part of the Summer 2015/16 season.

Nabucco, King of Babylon, takes Jerusalem in his war with the Israelites – but his daughter Fenena loves the Israelite Ismaele. She releases their prisoners, leading her vengeful half-sister Abigaille to plot to take power. Nabucco declares himself a god and is struck by a bolt of lightning.

Following the spectacular failure of his second opera, Un giorno di regno, Giuseppe Verdi vowed never to compose another. But he was lured back to the theatre by Bartolomeo Merelli, the impresario of La Scala, Milan, with the commission for Nabucco. The resulting opera was a triumph – first performed in 1842, it was revived the same year with a run of 57 shows. As Verdi wrote: ‘with this opera, it can truly be said that my artistic career began.’

Daniele Abbado’s production is set in the second half of the 20th century and explores the reality of conflict, where friend and enemy may become indistinguishable. An enormous chorus lends weight to epic numbers such as ‘Immenso Jehova’ – the Hebrew Slaves’ triumphant hymn of thanksgiving – and their song of exile, ‘Va, pensiero’, widely considered to be Italy’s unofficial national anthem. There are wonderful bass and baritone roles in the figures of Nabucco, the Babylonian King (based on the biblical King Nebuchadnezzar) and Zaccaria, the Hebrew prophet – while in Abigaille, Verdi created a memorable anti-heroine, at once terrifying and pitiable. Throughout, the score blends rhythmic vitality and powerful drama, and is on a scale to do justice to the opera’s epic themes.

and The Friends of Covent Garden

The performance on Thursday 23 June at 7.30pm will be Sign Language Interpreted. 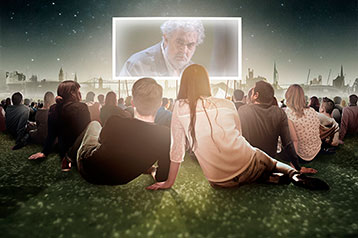 Enjoy Nabucco at a live outdoor relay for FREE on 9 June 2016, presented by Dominic Peckham.
Find a screening near you.

The performance lasts around 2 hours 50 minutes, including one interval.