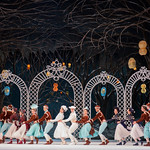 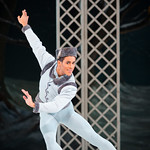 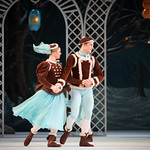 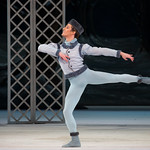 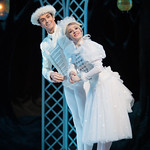 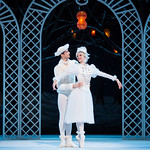 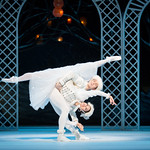 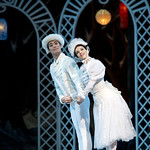 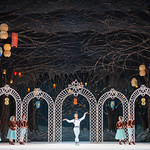 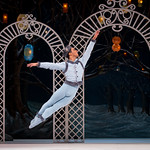 Frederick Ashton's delightful ballet brings the joy and beauty of ice-skating to the stage.

There are currently no scheduled performances of Les Patineurs. It was last on stage 18 December 2018—4 January 2019 as part of the Winter 2018/19 season.

Groups of skaters - by turns graceful experts, comically clumsy beginners, romantic couples and confident show-offs - take to the ice on a frozen lake one winter's day.

Les Patineurs, Frederick Ashton's nostalgic evocation of the simple pleasure of skating on a frozen lake, was created for The Royal Ballet in 1937. Among the original cast were Margot Fonteyn and Robert Helpmann performing the elegant white couple pas de deux. William Chappell's atmospheric designs add to the sparkling choreography to conjure up the romance of this wintry setting.

Constant Lambert arranged the score from the joyous ice-skating ballet in Giacomo Meyerbeer's opera Le Prophète (1849), and Ashton re-imagines the scene with his virtuoso steps, comedic turns and the lyrical beauty of the pas de deux. A variety of solo, pas de deux and pas de trois roles allow the Company to shine. The ballet ends with a spirited finale, as the Blue Boy executes an astonishing series of pirouettes, even as the curtain falls.