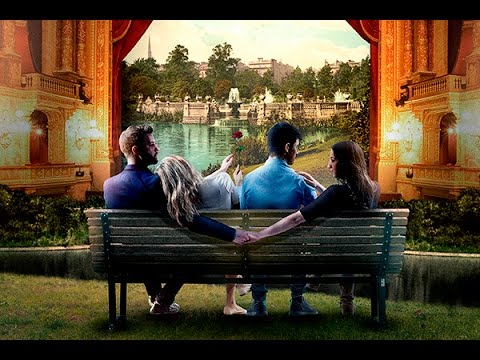 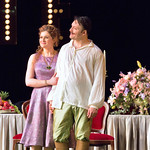 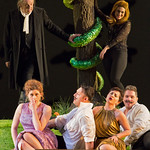 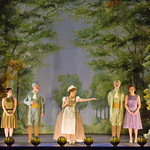 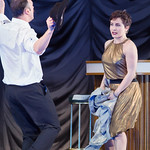 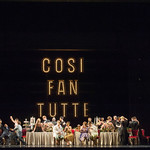 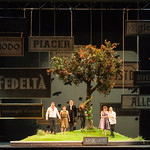 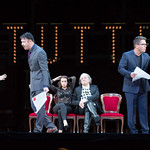 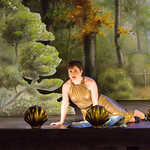 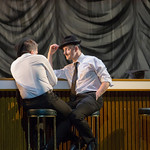 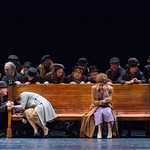 Mozart's opera about love and fidelity is given a playfully theatrical treatment by Jan Philipp Gloger.

There are currently no scheduled performances of Così fan tutte. It was last on stage 25 February—16 March 2019 as part of the Winter 2018/19 season.

Ferrando and Guglielmo are convinced that their girlfriends Dorabella and Fiordiligi would never be unfaithful. Their friend Don Alfonso doubts this and persuades the men to try an experiment. Ferrando and Guglielmo must pretend to have been called away to war; they will then return in disguise and attempt to seduce their former girlfriends. If they don't succeed within 24 hours, Alfonso will pay them a large sum of money.

Così fan tutte contains some of Mozart's most beautiful arias and attractive ensembles, and is packed with both pathos and humour. German director Jan Philipp Gloger is inspired by Così's alternative title, 'the school for lovers', to set his production in a theatre, with Don Alfonso as an impresario who leads the four lovers on a role-playing journey full of picturesque settings. By the end, everyone has, in Gloger's words, learnt that 'love is not a God-given thing, but something that we have to fight for, find, define, create and dream newly, almost every day'.

Così fan tutte was Mozart's final collaboration with the Italian librettist Lorenzo da Ponte, who based his story on a variety of sources including Greek myths and Renaissance tales. Così was slower to find success than Mozart and Da Ponte's previous collaborations, Le nozze di Figaro and Don Giovanni. Its first run of performances was cut short by the death of Emperor Joseph II, and in the 19th century many viewed its plot as immoral or even cruel. However, since the second half of the 20th century its wonderful music and Mozart and Da Ponte's witty, compassionate examination of young love have ensured its lasting popularity.

The performance lasts around 3 hours 30 minutes and ends at approximately 10.30pm

We have 12 Così fan tutte‐related products in the shop