Gomes studied at the Lisbon Music Conservatory, the Guildhall School of Music and Drama and the National Opera Studio on a scholarship from the Royal Opera House. His roles have included Jeník (The Bartered Bride) with British Youth Opera and Leandro (La Spinalba), Beppe (Rita) and Fenton (Die lustige Weiber von Windsor) for GSMD. Since leaving the Programme his roles have included Rodolfo (La bohème) for the Verbier Festival Academy, Don Ottavio (Don Giovanni) for Teatro Verdi Trieste and Osburgo (La straniera) at the Amsterdam Concertgebouw.

Gomes’s concert performances include the premiere of Raymond Yiu’s My Fatal Plurality at the Wigmore Hall, Verdi’s Requiem in Newcastle, a concert with the BBC Symphony Orchestra at the Barbican, a gala performance in Portugal and in concert with the Rhos Male Voice Choir.

Young Artist profile: Luis Gomes – ‘To perform a lead role at the Royal Opera House is a moment you wait for your whole life’ 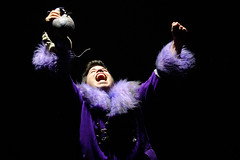 Portuguese tenor on stepping up to perform at the last minute, making his debut in a lead role and converting his family to opera. 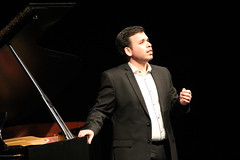 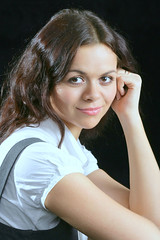 Luis Gomes and Lauren Fagan as the Lovers in Il tabarro

Luis Gomes as the Miller in El gato con botas

Luis Gomes as Pong in Turandot

Students of the National Opera Studio