Former Royal Ballet Principal Lesley Collier is a Répétiteur of The Royal Ballet. She was appointed to her current position in 2000.

Collier was born in Orpington. She won a scholarship to The Royal Ballet School and took private lessons with Winifred Edwards. She graduated into The Royal Ballet in 1965 and was promoted to Soloist in 1970 and to Principal in 1972. She danced all the classical principal roles and was praised for her dramatic heroines in Kenneth MacMillan’s repertory. Ashton’s Rhapsody for HM Queen Elizabeth The Queen Mother’s 80th birthday was built around Collier and Mikhail Baryshnikov. Her television appearances included The Dancing Princesses and Dizzy Feet, and she was a guest star at the World Ballet Festival, Tokyo, in 1982. In 1995 she retired from dancing and became Ballet Mistress for the Company. She also worked with The Royal Ballet School on the classical ballet staff.

Collier received the 1987 Evening Standard Ballet Award and was appointed a CBE in 1993.

Watch: How dancers learn the iconic role of The Nutcracker's Sugar Plum Fairy 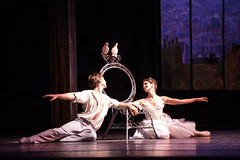 A Much-Loved Classic: Why Ashton’s The Two Pigeons is making a long-awaited return to the stage 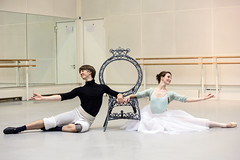 Our audiences have pushed for a revival of this two-act work more than any other Ashton ballet, but what makes it so loved?