Freeman was born in London. She is the author of novels, biographies, radio plays and film and television screenplays. Novels include The Liberty Man, The Leather Boys, The Leader, The Alabaster Egg and But Nobody Lives in Bloomsbury. Screenplays include That Cold Day in the Park, directed by Robert Altman. Television credits include The Campaign (adapted from her novel), The Day After the Fair (adapted from a Thomas Hardy short story) and the film Whose Turn to Live?, all for the BBC.

Freeman’s other stage credits include creating the scenario for Lynn Seymour’s Intimate Letters for Sadler’s Wells Royal Ballet and the play Pursuit (National Theatre). Her non-fiction books include Ballet Genius, in collaboration with Edward Thorpe. 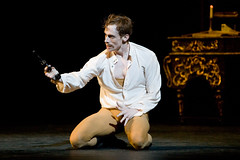 Our quick introduction to this shattering work from the master of dark narrative ballet.

The tragic true story behind Mayerling 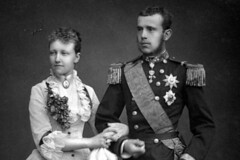