French composer Georges Bizet (1838–75) is best known for his masterpiece and final work Carmen, one of the most popular operas in the art form’s history.

Bizet was born in Paris to a musical family. He studied at the Paris Conservatoire, where he became accomplished in piano, organ and composition, and won the Prix de Rome in 1857. His precocity is evident in such early works as Symphony in C (1855, first performed 1935). He composed his first opera La Maison du docteur in 1855; his second, Le Docteur Miracle, was staged in 1857. While in Rome he started and abandoned a number of projects before finishing the ‘symphonic ode’ Vasco de Gama. He returned to Paris in 1860 and for the rest of his life worked primarily as an accompanist and arranger for composers including Gounod and Halévy. Of his many operatic projects only six survive, of which only five were performed in his lifetime. These include Les Pêcheurs de perles (1863), La Jolie Fille de Perth (1867), Djamileh (1872) and Carmen (1875). Other works include his Second Symphony (Souvenirs de Rome), the suite for his incidental music to L’Arlésienne, the suite for piano duet Jeux d’enfants and the dramatic overture Patrie.

Bizet rarely found success in his short life and in some ways is still little understood today. Yet his finest works share an inspired melodic invention, and his masterpiece Carmen is a striking early example of realism in opera. 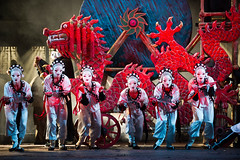 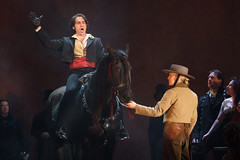