American director Francesca Zambello made her Royal Opera debut in 1995 with Billy Budd and has since returned to direct Arianna, Paul Bunyan, The Bartered Bride, The Queen of Spades, Don Giovanni, Cyrano de Bergerac, Carmen and The Tsarina’s Slippers for The Royal Opera.

Zambello was born in New York City in 1956 and studied at the University of Moscow and Colgate University. She began her career as assistant director to Jean-Pierre Ponnelle and made her professional debut in 1984 with Fidelio for Houston Grand Opera. She has directed for companies around the world, and has formed a close relationship with the Paris Opéra. She is Director of Glimmerglass Opera and Washington National Opera. Productions include Carmen for the National Centre for the Performing Arts in Beijing, Les Troyens for the Metropolitan Opera, New York, and the Ring cycle for San Francisco Opera. She has won three Olivier awards, been awarded the Russian Federation’s medal for Service to Culture and has twice been awarded the Grand Prix des Critiques. She was appointed a Chevalier des Arts et des Lettres in 2008. She has been a guest professor at the Juilliard School and Yale, Harvard and Berkeley universities.

Zambello is devoted to promoting diverse forms of music theatre, and has introduced an annual Broadway musical to Glimmerglass. Her musical theatre credits include Show Boat at the Royal Albert Hall and Disney’s The Little Mermaid on Broadway. Film work includes a production of Amahl and the Night Visitors for the BBC. 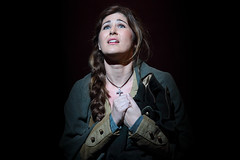 Behind the scenes on Don Giovanni with Gerald Finley

Take a look at a gallery of images from behind the scenes. 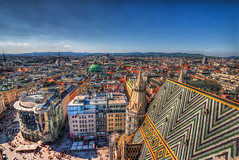 A glimpse of the locations where some of history's greatest operas were written.

Maxim Mikhailov in The Tsarina's Slippers (Cherevichki), The Royal Opera