French composer Ferdinand Hérold (1791–1833) was considered one of the finest French composers of his day. He was a master of the opéra comique, and his works, among them Zampa and Le Pré aux clercs, were performed throughout the 19th century. Today he is best remembered for his ballet score La Fille mal gardée.

Hérold was born in Paris, the son of pianist and composer François-Joseph. He created his first compositions aged six and entered the Paris Conservatoire in 1806. His works were first publicly performed in 1812, the year Hérold won the Prix de Rome for his cantata La Duchesse de la Vallière. In 1813 he moved to Naples and in 1814 was commissioned to write his first opera, La gioventù di Enrico quinto. The following year he returned to Paris via Vienna and in 1816 took up the post as accompanist at the Théâtre Italien. He had his first great successes in 1817 with Les Rosières and La Clochette. He reached his maturity as a composer with Le Muletier in 1823, followed by Maria in 1826. In 1826 Hérold took up a position as singing coach at the Paris Opéra, for which company he composed the ballets La Somnambule (1827), La Fille mal gardée (1828) and La Belle au bois dormant (1829). In his final years he produced two masterpieces, Zampa (1831) and Le Pré aux clercs (1832).

Hérold was a consummate artist of the opéra comique, but he also introduced innovations into narrative ballet with scores that were important in increasing the importance of music in ballet. His ballet scores, like his operas, display his innate sense of musical drama. 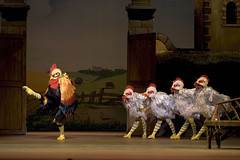 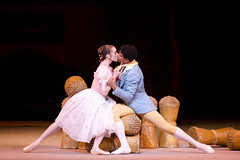