German dramatist, director, actor, singer and composer Emanuel Schikaneder (1751–1812) was a leading figure in German theatre and opera in the late 18th century. He wrote the libretto for Mozart’s Die Zauberflöte, in which he also played Papageno in the premiere.

Schikaneder was born in Straubing, Bavaria, and educated in Regensburg, where he sang in the cathedral choir. He was active as a performer, writer and impresario throughout his career, and also danced and composed. For his Singspiel Die Lyranten, performed in Innsbruck in 1775/6, he wrote both words and music, and sang the lead role. He befriended the Mozarts in 1780, though his collaboration with Wolfgang Amadeus on Die Zauberflöte did not come about until 1791. This was one of a number of Singspiels based on his own librettos that Schikaneder commissioned for the Theater auf der Wieden in Vienna: other composers who set his texts include Franz Xaver Süssmayr and Peter Winter, whose Das Labyrinth was a sequel to Mozart’s Die Zauberflöte.

Although today Schikaneder is primarily known for his collaboration with Mozart, he was widely respected as a dramatist in his time and for decades after his death, with Goethe a particular admirer. His legacy also survives in the form of the Theater an der Wien, the Viennese theatre he opened in 1801 and which remains prominent today. 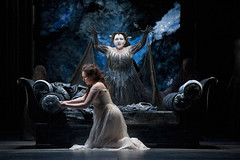 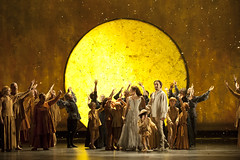