Poet designs lighting regularly for National Theatre productions, including Stories, Treasure Island, Frankenstein and Timon of Athens, for Broadway, including TINA: The Musical, and in the West End, including Miss Saigon. He has also worked for companies including the RSC and Royal Danish Theatre. He won an Olivier Award for Best Lighting Design and Knight of Illumination Award for Frankenstein. He has also designed the lighting for a world tour by Icelandic band Sigur Rós, and for Bjork’s Conucopia. 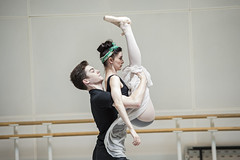