Zenaida Yanowsky to retire from The Royal Ballet

Principal dancer to leave the Company after 22 years. 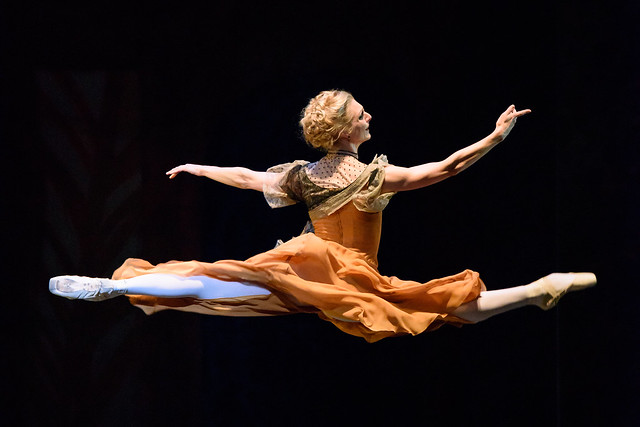 Zenaida Yanowsky as the Wife in The Invitation, The Royal Ballet © 2016 ROH. Photograph by Bill Cooper

After 22 years with The Royal Ballet, Zenaida Yanowsky has made the decision to step down as a Principal dancer with the Company in July 2017 at the end of the current Season.

Her last performance will be in Australia in July performing Paulina in The Winter’s Tale at the Queensland Performing Arts Centre as part of The Royal Ballet’s summer visit to Brisbane.

Yanowsky joined The Royal Ballet in 1994 and was promoted to Principal in 2001. She has performed leading roles in the classical and contemporary repertory including Swan Lake, La Bayadère, Raymonda, Frederick Ashton’s A Month in the Country, Kenneth MacMillan’s Manon and Mayerling, George Balanchine’s Agon and Apollo and Jerome Robbins’s In the Night. Christopher Wheeldon created The Queen of Hearts on Yanowsky for his ballet Alice’s Adventures in Wonderland as well as Paulina in The Winter’s Tale.

'I have greatly admired her across the amazing range of roles in the repertory she has performed with the Company, and I hope we will have the opportunity in the future to collaborate on new projects in the next stage of her career. On behalf of all of us at the Company, I extend grateful thanks to Zenaida for her wonderful contribution to the artistic life of The Royal Ballet'.

This article has been categorised Ballet and tagged retirement, Zenaida Yanowsky