Your Reaction: Don Giovanni live-streamed and on BP Big Screens 2015

What did you think of our live relay of Kasper Holten's production of Mozart's tragicomedy. 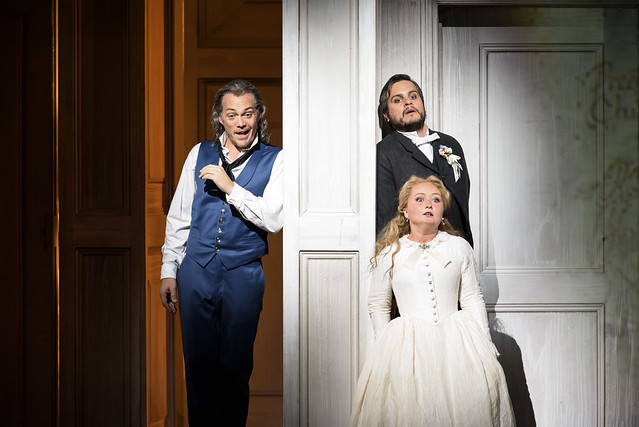 #ROHdongiovanni - this is stunningly good! Staging & performance doing justice to this music of searing genius

#ROHdongiovanni seems to be more focused on the Don's POV, showing the Commendatore and (ghosts) of women blending into the background — John Fenster (@mountmccabe) July 3, 2015

Oddly, in spite of moving set, finding this a very static production. Interaction between characters not very believable. #ROHDonGiovanni

@RoyalOperaHouse Watching #ROHdongiovanni live streaming in my garden in Holland, while drinking a glass of Chardonnay. Just like HEAVEN!

Has there ever been a cooler don than @chrismaltman? Don't think so. #ROHdongiovanni — Edmund Danon (@EdDanon) July 3, 2015

Christopher Maltman is so hot! And Rolando Villazón is cool, please point a camera at him again! #ROHdongiovanni

Hello to all watching in Trafalgar Square. We tried to wave from our balcony but we only saw Nelson #BPbigscreens pic.twitter.com/RoqyuVaEZZ — ROH Chorus (@ROHchorus) July 3, 2015

Geeking out at the background info on the costumes in #ROHdongiovanni Dressmaking and opera - love them both!

@RoyalOperaHouse So excited to be watching #ROHdongiovanni in Wellington, New Zealand. Thank you so much! @chrismaltman's Don is exquisite!