The Australian soprano on following in the footsteps of Nina Stemme and Sonya Yoncheva through the Operalia competition, and why opera is an ever-changing art form. 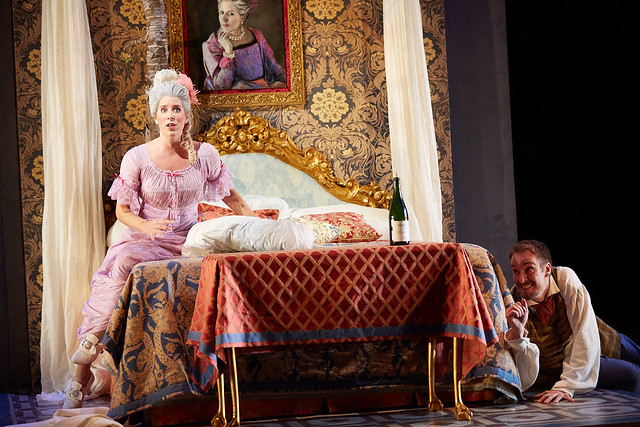 ‘I didn’t grow up listening to opera but when I was little I loved to sing along with my mum’s CDs. I think I was able to hit the high E in Phantom of the Opera and that was when my mum thought I should probably start some singing lessons!’

Lauren Fagan is through to the quarter finals of Plácido Domingo’s famed singing competition Operalia. It’s quite an achievement for a young singer – especially as she is only in her first year of The Royal Opera’s Jette Parker Young Artists Programme.

‘I was very excited to be selected as one of the forty finalists’, Lauren says. ‘I’m up against some of the best singers of my age – but making the grand final would be an amazing opportunity.’

Lauren joins two of the other Jette Parker Young Artists in the final rounds: Irish mezzo-soprano Rachel Kelly and fellow Australian soprano Kiandra Howarth. In the past, Operalia has launched the careers of stars Nina Stemme, Joyce DiDonato and Sonya Yoncheva, among others. The prospect of a grand final on the main stage of the Royal Opera House is a daunting one for any young singer, but Lauren can call on her experience of her final round audition for the Jette Parker Young Artists Programme eighteen months ago.

‘I wasn’t too nervous’, Lauren says. ‘It was a dream come true just to be standing on the stage where both Dame Nellie Melba and Dame Joan Sutherland have performed. I thought, I’ve got to make the most of this experience because who knows when it will happen again.’

Since that audition, Lauren has taken to the Royal Opera House main stage many times this Season, often at short notice. She was told the night before that she would sing Giannetta in L'elisir d'amore and was given a modest three weeks to prepare for her main role as Oscar in Un ballo in maschera.

The rise of Lauren’s career in the UK becomes even more impressive when the soprano reveals that she’s never performed in an opera in her native Australia, with many of her friends and family yet to hear her sing professionally.

‘Most of my friends at home in Australia have never been to an opera, but whenever they come to visit London they all want to come and see me sing. I would love to go home and sing a main role in the Sydney Opera House so all my family and friends can come and watch.’

Growing up in Sydney, Lauren began to pursue singing later than most, taking up lessons at the end of high school. It wasn’t until her teacher urged her to move to Europe to continue her training that she realized she could really have a career in opera. And so, after completing her business degree, Lauren made the leap to study at the Guildhall School of Music and Drama.

Lauren feels having a business background has been beneficial to her as a singer and says she’s ‘very, very organized’, especially when it comes to preparing her roles. She’s already started to prepare for covering the part of Susanna in David McVicar’s production of Mozart’s Le nozze di Figaro, which returns in September 2015. 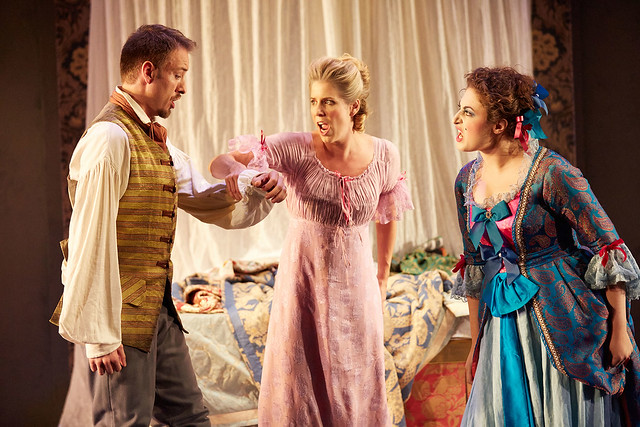 Though she admits she was never ‘one of those people to say I have to be an opera singer’, she takes her job very seriously. ‘I haven’t grown up working in foreign languages so I make sure I work with the language coaches every week to improve my communication and my use of the text in the roles I’m singing. There’s not really a moment in the day where I’m not thinking about something operatic. Being an opera singer isn’t a normal job – it’s a vocation that influences your whole life!’

As a young woman entering opera, an art form with hundreds of years of history behind it, how does she approach characterization that may be deemed old-fashioned by detractors?

‘It’s up to you to bring your own life experience to those characters to make them stronger or more interesting than they might first appear’, she says. ‘When I first started singing, I had my heart set on playing the classic, serious and sad heroines like Micaëla in Carmen or Mimì in La bohème, but now I realize I need to embrace the age that I am and my own experience. This season I have even had the chance to work on two ‘pants’ roles – Oscar in Un ballo in maschera and Jemmy in Guillaume Tell. As I’ve explored the art form, I’ve found that it’s fun to discover all the different kinds of roles that opera has to offer.’

Operalia will be another opportunity to display her talent and will no doubt open more doors, but Lauren won’t be lured into forecasting her career path in any detail. ‘I would love to sing Desdemona in Otello someday though’, she smiles. ‘That would be yet another dream come true.’