Young Artist Profile: Anush Hovhannisyan – ‘Every rehearsal is an exploration’

The Armenian soprano on rehearsal room goosebumps, the pressure of a live cinema broadcast and coping with challenging costumes. 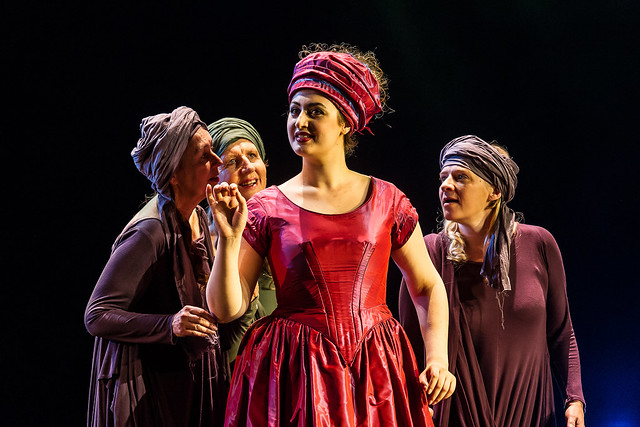 ‘Rise and Fall of the City of Mahagonny is a phenomenal opera, and so different from the opera we are used to here’, says Jette Parker Young Artist Anush Hovhannisyan, who is currently in rehearsals for John Fulljames’s new Royal Opera production of Bertolt Brecht and Kurt Weill’s operatic satire. ‘It is a timeless piece about the present, wherever and whenever you are.’

The opera, which has never before been staged by The Royal Opera, opens on 10 March 2015.

‘John Fulljames and conductor Mark Wigglesworth are the ideal team’, continues Anush. ‘They work together and give freedom to the artists. For them, every rehearsal is an exploration with the singers, and I love it. It’s like a masterclass for me! Kurt Streit [singing the role of Jimmy McIntyre] for example, really explores the deepest closed doors in his mind and soul when rehearsing. Watching him gives me goosebumps!’

The opera, which had its world premiere in 1930, traces the founding of a city, its rapid growth and subsequent atrophy in a stinging satire on consumerism.

‘I play one of the girls who has been trafficked to become a prostitute. We represent the underworld of a big-city civilization’, says Anush. ‘For me, there is a clash between the words and the music. There are light tunes and playful patterns, with hints of popular music, musical theatre and cabaret, but, simultaneously, the plot is going to darker places. And as the opera progresses, there are big chords and repetitive patterns that, by the end, become like a pulsating pain in your body. It’s genius.’

Anush will be performing alongside Anne Sofie von Otter, Peter Hoare, Willard W. White and Christine Rice, a cast she describes as ‘perfect’. The production will be screened live in cinemas around the world on 1 April. Listen to an interview with Mark Wigglesworth and Christine Rice:

‘This is the first opera that I'm performing in that will be broadcast, and there is a lot of pressure’, she says. ‘The atmosphere in the auditorium during a live performance is a very unique thing, and so the goal for our team is to transfer that energy and uniqueness through the broadcast. I think this production is going to work very well onscreen!’

Anush, who was born and raised in Armenia, starting playing the violin as a six-year-old, before going on to study singing at the Yerevan State Conservatory and the Royal Conservatoire of Scotland. Yet even before she started studying, Anush was very much at home on the stage:

‘I’m a theatrical bohemian child really. My dad is an opera director, and has also done TV and films’, she explains. ‘I always had a role so that no-one had to babysit me – I was part of a chorus, or doing mime or little solos. It’s always been in my blood and I feel at home on-stage and in the rehearsal room. Whether working or just watching, this is the place for me.’ 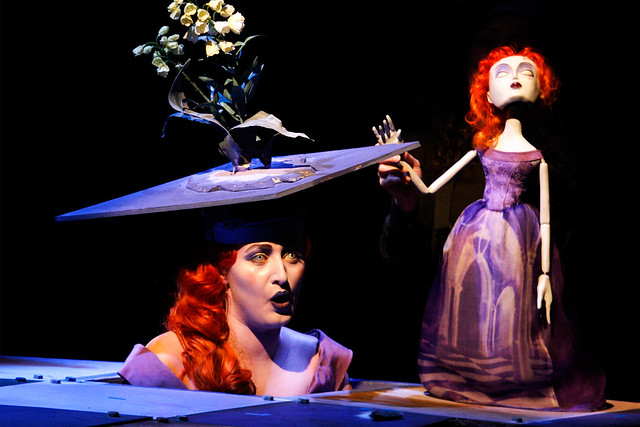 With an operatic family, Anush is used to feedback from those closest to her.

‘My husband is my most important critic – he provides great support and offers the most sincere opinion’, she says. ‘Though, of course, there are times when you don't want to hear the truth, and he’s not the best at knowing when that is!’

‘I had a small role in Die Frau ohne Schatten, but the costume really challenged my singing and movement’, says Anush. ‘I had 2-metre-long wings and a mask – I could hardly see or hear anything, the lights were blinding and the stage rotating. But the team were incredible and really looked after me. [Conductor] Semyon Bychkov is amazing – he was like a magician bringing out the magic from every member of the team and melding it all together. I felt privileged to be part of it.’ 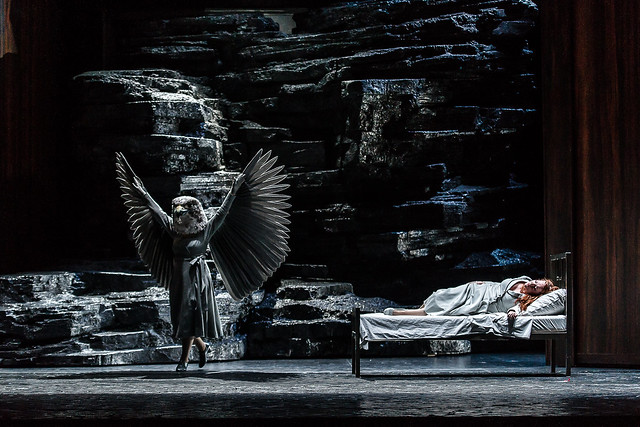 As part of the JPYA Programme, singers follow a specially-tailored schedule that includes coaching in languages, stagecraft and vocal technique, as well as preparing cover roles and performing on the main stage and in concert.

‘For Young Artists, all the roles we cover are new’, says Anush. ‘Each role has technical challenges vocally and, in terms of characterization, you really have to take time to explore your part. It’s a big challenge to learn the roles and have the stamina to sing them well, but it’s an amazing chance for us to build repertory, and pushing your limits really helps you to grow as an artist and find out a bit more about yourself. You never know what you can do in what time-frame unless you push it!’

With performances, rehearsals, classes and workshops, the schedule for the Young Artists can be intense, but Anush wouldn’t have it any other way: ‘This Programme has such a history, and has seen so many intakes of singers, that it has perfected the format’, she says. ‘And if I do find myself tired, or I have a bad day, I just start singing and everything is altered – it brings my energy up. It is my dream to sing. No matter what the role, I just want to be on the operatic stage!’

Rise and Fall of the City of Mahagonny runs from 10 March to 4 April 2014. A limited number of tickets are still available.

Anush will also be performing in Madama Butterfly, which opens on 20 March, and in the JPYA Summer Performance on 18 July 2015.