X-appeal: Christopher Wheeldon and Mark-Anthony Turnage on the 19th-century scandal that inspired their new ballet

The choreographer and composer on the story behind John Singer Sargent's 'Portrait of Madame X', and how it has influenced their latest collaboration. 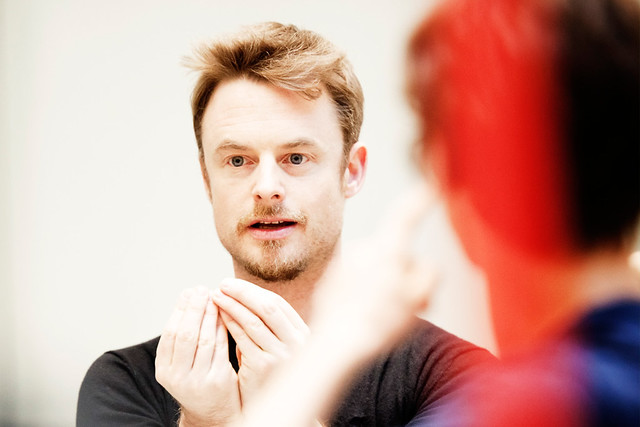 The Royal Ballet’s triple bill Metamorphosis: Titian 2012 will be remembered as the culmination of Monica Mason’s popular reign as Director. But it was also the start of a partnership between one of the world’s leading choreographers and one of the world’s most sought-after composers – Christopher Wheeldon and Mark-Anthony Turnage. Their collaboration on the middle piece of Mason’s Titian trio, Trespass, was brief, but it gave them a taste for bigger things, and when the choreographer was asked to make a new one-act ballet for an all-Wheeldon triple bill, he thought immediately of Turnage.

Christopher Wheeldon: 'We worked together a little on Trespass and I had a really good time with him – or rather with his music, because it wasn’t as much of a collaboration as this is. It came at a time when I was in the middle of doing something in New York, so the score was developed almost without me and I came in and made the piece [with Alastair Marriott] with the music kind of ready. But this one really is from scratch. When I told Mark I needed a new score for a narrative ballet, he got sparked up by the idea and I’m thrilled that we’re getting to do this together.'

Mark-Anthony Turnage: 'I’m not so used to doing a narrative ballet in the way that Chris has done with Joby Talbot [Alice’s Adventures in Wonderland and The Winter’s Tale]. I came late to ballet – my first was From All Sides for the Chicago Symphony Orchestra and Hubbard Street Dance in 2007, then Undance for Wayne McGregor in 2011, and Trespass, for Wheeldon and Alastair Marriott, in 2012. These were all more abstract ballets. For this one I want to get the atmosphere and musical language exactly right. I’ve got to decide whether I write pastiche late-19th-century French music, sort of sub-Massenet, or whether I do my own thing. I love French music, particularly Debussy and Ravel, and it would be stupid not to allude to some of that but I’m not just going to do cod French music. I also write quite jazzy things and jazz wasn’t around in 1884 so that’s something else to think about.'

The new one-act ballet is based on a scandal in 19th-century Paris, when John Singer Sargent exhibited a provocative painting of a young woman, known as Madame X, at the stuffy Paris Salon (‘Portrait of Madame X’, 1884). Sargent had painted one jewelled strap slipping carelessly off her shoulder, suggesting a freedom quite unbecoming for a well-bred lady. Even though Sargent swiftly repainted the strap on her shoulder, the damage had been done. The outrage that followed ruined both their reputations, but while Sargent’s career recovered, his model, the young married woman, Virginie Amélie Gautreau, was ostracized and rejected by Parisian society. Wheeldon explains why he chose this subject for his ballet:

Wheeldon: 'I am drawn to the painting of Madame X whenever I visit the Metropolitan Museum in New York. There’s something magnetic about it: unlike Sargent’s other paintings, the lines are very clean and clear and the ashen pallor of her skin makes it stand out almost in three dimensions against the dark background. Something about the muscularity of her arms, the elegance of her neckline, the haughtiness of her face and the tilt of her head – it’s easy to understand how it must have been shocking. The details of Amélie Gautreau’s life are still sketchy, but I read Deborah Davis’s semi-fictional account, Strapless, and thought it was stunning. Amélie was the first supermodel, in a way, and I’m fascinated by the idea that she would have worked so hard to build her reputation in Paris as a celebrated beauty, and one painting brought her crashing down.'

'I’m going into a Royal Ballet studio in December 2015 to create the [as-yet unnamed] work, but Jackie Barrett [guest teacher] and I have already broken the story down into rough scenes so Mark can get going on the score. I’m using a bit of artistic licence and we’re still thinking about how to present the story — Should we begin with the scandal, or look at events leading up to the unveiling of the painting? There’s enough there to make a full-length ballet, but we’re not doing that. It’s more of a dance suite of about 35 to 40 minutes.' 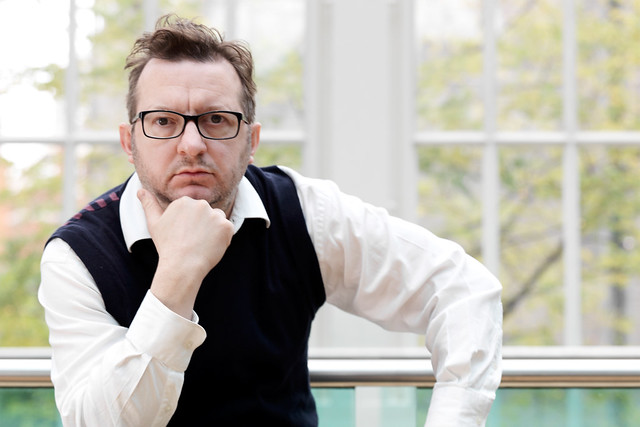 The main characters in the drama are Amélie Gautreau, Sargent and Dr Samuel-Jean Pozzi, a charismatic gynaecologist to the Parisian haut monde with a Lothario-like reputation. Sargent’s portrait of his friend Pozzi from 1881 was one of the highlights of the recent exhibition at London’s National Portrait Gallery. Clothed in a crimson gown, delicate surgeon’s fingers spread over his hip, handsome face framed by a well-trimmed beard, the attraction of this virile, sensuous figure is plain to see.

Turnage: 'Chris has asked for each character to have a distinctive theme, or leitmotif, and I’ve already developed one for Amélie. I’d written an intro, to set the mood and build up to her tune. But when I sent over the tape to Chris he said immediately – ‘her tune should come in as soon as she enters’. So I’ve cut the intro and gone straight to the tune. That’s what I like, true collaboration, when you change things. I want to get the whole piano score right by the time he goes into the studio to rehearse in December.'

Wheeldon: 'When you’re dealing with narrative it’s so much more satisfying to work closely with a composer, starting from the ground up and really being able to build your structure. Mark is wonderful – he’s capable of rustling up a wonderful opera, a great symphonic work or a little jazz piece.'

Turnage: 'This project is about working with Chris and The Royal Ballet, but I also get to do my favourite thing – working with the Orchestra. It’s a joy to work with players who respect you, and whom you respect. Take the principal bassoon, Andrea de Flammineis. He’s a fabulous player and I’m making sure one of the characters in the ballet is going to have a bassoon in his theme.'

'There are certain elements that you have to think differently about when writing for dancers – rhythm, for instance. In the second scene, when Pozzi dances with Sargent, it’s a waltz – not a typical waltz, but obviously in 3/4. Normally I would distort it a bit, but I’m keeping it more rhythmically straight and in a traditional form. After Stravinsky, we know that dancers can do phenomenal things, but I’d still probably chop around less than I would in a concert piece.'

'But it’s mad to think you can write the same music for dance or opera as you can for a concert hall. That’s where people come a cropper. You’ve got to be aware of the theatre and make sure everything is paced right – not too long, not too short. I’m writing a new children’s opera for the Linbury [to be directed by Katie Mitchell]. But opera is not an easy option. I find it hard to write for voice. It’s a real challenge to set words and I feel naturally closer to instrumental music.'

The two other one-act ballets on the triple bill are new to The Royal Ballet and their musical language is very different from Turnage’s vibrant rhythmic sensibility. Within the Golden Hour, for San Francisco Ballet in 2008, has the light, darting string music of Ezio Bosso, while After the Rain, made for New York City Ballet, features Arvo Pärt’s timeless, meditative pieces Tabula Rasa and Spiegel im Spiegel.

Wheeldon: 'I chose two works that would balance well with this new narrative ballet and the music is very different, although it’s all by living composers. After the Rain was one of the more solid pieces I made for New York City Ballet and it’s nice that it’s going to be in The Royal Ballet’s programme. Marianela Nuñez and Thiago Soares danced a pas de deux from this at a Royal Opera House Gala two seasons ago and they were beautiful.'

This article was originally published in the Royal Opera House Magazine (October 2015), received quarterly by the Friends of Covent Garden.