Written on Skin released on DVD 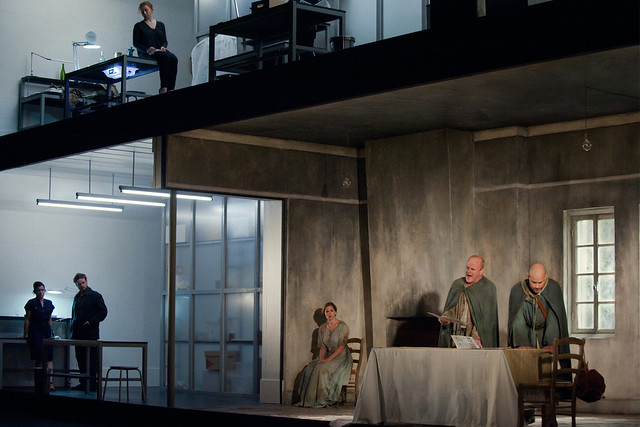 George Benjamin and Martin Crimp’s groundbreaking Written on Skin is now available to buy on DVD from the ROH Shop.

The opera had its UK premiere at Covent Garden in March 2013. It was an instant hit with audiences and critics alike, and has since been featured in the New York Times as a 'standout opera of recent decades' and in The Telegraph one of the best operas of 2013. The opera was also  nominated for a South Bank Sky Arts Award, and George Benjamin won the Stage Works category in the British Composer of the Year 2013.

Described in the Telegraph as ‘enthralling and enchanting’, the intense production features a 60-piece orchestra under the composer's baton, a cast of five acclaimed singers (including Christopher Purves and Barbara Hannigan), and a dark and dramatic staging by Katie Mitchell. Find out more in our Opera Essentials article.

The DVD includes introduction to the opera and an interview with composer George Benjamin. The CD recording of Written on Skin is also available to buy online.