Five of the world's leading ballet companies including The Royal Ballet will unite for a day of live-streamed rehearsals, interviews and insights. 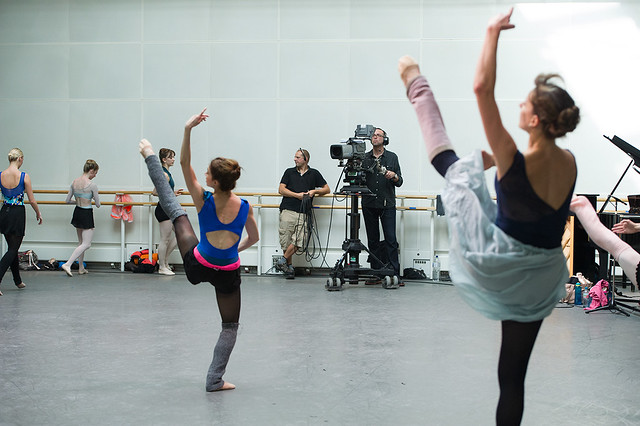 Update: The Royal Ballet's section of World Ballet Day is no longer available to watch in full, but we will be adding highlights to our YouTube channel over the coming weeks

Following the success of last year's unprecedented collaboration, five of the world's leading ballet companies will again come together for World Ballet Day, a day of live-streaming via YouTube on 1 October 2015.

The Australian Ballet, Bolshoi Ballet, The Royal Ballet, The National Ballet of Canada, and San Francisco Ballet will again partner to provide viewers around the world with an inside look at professional ballet companies in the studio, on tour, and in performance.

The Royal Ballet's section of the day will feature exclusive backstage footage from across the Royal Opera House. As well as showing segments of morning class live, filming will follow the preparation and off-stage action from a matinee performance of Kenneth MacMillan’s Romeo and Juliet featuring Lauren Cuthbertson and Federico Bonelli. Rehearsals for the world premiere of Carlos Acosta’s Carmen which opens in October will be broadcast alongside exclusive footage of Royal Ballet Principals preparing for the 2015/16 Season. Further details of the five hours hosted by The Royal Ballet will be announced in due course.

Throughout the day, viewers will be invited to enter a 'Dance Anywhere' contest by submitting a video or photograph via social media of themselves dancing in front of regional landmarks. Entries may be posted using Facebook, Twitter or Instagram and should be tagged with #WorldBalletDay. The best ones will be broadcast to a global audience during the day.

The broadcast schedule is as follows:

Further information, including the content of all participating companies' segments is available from worldballetday.com. We will also publish further details on our World Ballet Day pages.

World Ballet Day will be available to watch via the official website and YouTube. Please note that all details are subject to change.

This article has 32 comments