Opera is (perhaps justly) infamous for killing off its heroines – we look at some of the women who buck the trend. 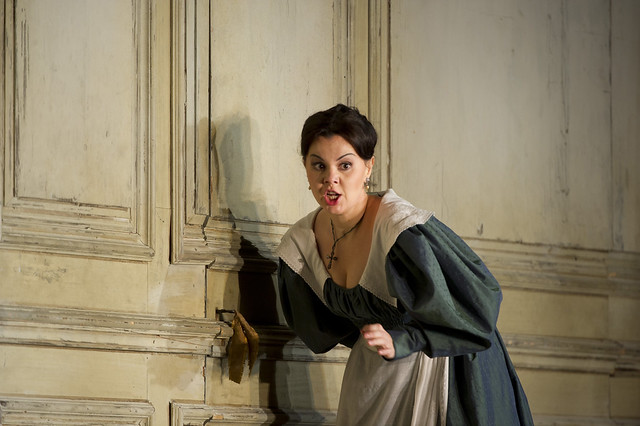 Opera has a reputation as an art form in which women suffer. But opera is far from being all about doomed heroines – there are plenty of women who triumph, often against the odds. We've picked some of our favourite examples:

Shakespeare may give the Egyptian queen a grisly end, but for Handel she’s a formidably triumphant lady. By Act II, she’s seduced the Roman general Giulio Cesare, who she hopes will help her seize the Egyptian throne from her tyrant brother Tolomeo; she later raises her own army. Even prison doesn’t subdue her – in the aria ‘Piangerò’ she vows to haunt and torment Tolomeo after her death. Her courage means she ultimately triumphs, winning both the throne and Cesare’s love.

Susanna is one of opera’s cleverest heroines. She’s more than a match for the predatory Count Almaviva, and she’s soon plotting – with more ingenuity than her lover Figaro – to both shame the Count and save the hapless page Cherubino. She’s also prepared to teach Figaro a lesson when he becomes unfairly jealous, singing the exquisite serenade ‘Deh vieni, non tardar’ to tease him. Her strategies are ultimately successful: Count Almaviva and his wife are reunited, meaning Susanna and Figaro can marry.

Leonore is the first in a line of courageous ‘redeeming’ heroines in German opera, succeeded by Wagner’s Elisabeth (Tannhäuser) and Brünnhilde (Der Ring des Nibelungen), among others. Leonore will do whatever it takes to save her imprisoned husband, including disguising herself as a man (Fidelio) and even agreeing to marry the chief jailer’s daughter. Her great Act I aria movingly expresses her boundless love for her husband and her determination to rescue him. It’s no wonder that the opera ends in a chorus praising her noble nature.

Verdi’s heroines tend to have unhappy fates – except in his comic masterpiece. While the men around her collapse in jealous rage or amorous confusion, Alice Ford remains calmly in control, and very much the leader of the ‘merry wives’, as her ‘Gaie comari di Windsor’ in Act II scene 2 shows. By the end of the opera she’s pacified her jealous husband, engineered her daughter’s marriage – and helped to restore Falstaff’s good humour.

Strauss was drawn to strong female characters – possibly due to his wife’s strong temperament! The Marschallin is one of his wisest heroines. In Act III, she manages to calm the chaos created by her young lover Octavian’s plot to humiliate the lecherous Baron Ochs, and successfully thwart Ochs’s plan to marry the innocent Sophie von Faninal. She’s also wise enough to release Octavian when she realizes that he loves Sophie. The ensuing trio for the young lovers and the Marschallin movingly portrays her nobility of spirit.

Who said that Puccini’s heroines were all victims? Minnie is one of opera’s strongest heroines. Her affection for the local miners keeps them under control, while her essential goodness encourages her bandit lover Dick Johnson to reform. She’s no goody-goody though: she’s quite prepared to cheat at cards to save Johnson from the sheriff Jack Rance; and she’s fierce enough to confront Rance and the miners in Act III to save Johnson from execution.

The production is given with generous support from Paul Cartledge and Judith Portrait.