Witch-hunt: Cathy Marston on being inspired by Europe's 'last witch'

The choreographer's final piece as Director of Bern Ballett is inspired by a 200-year-old miscarriage of justice. 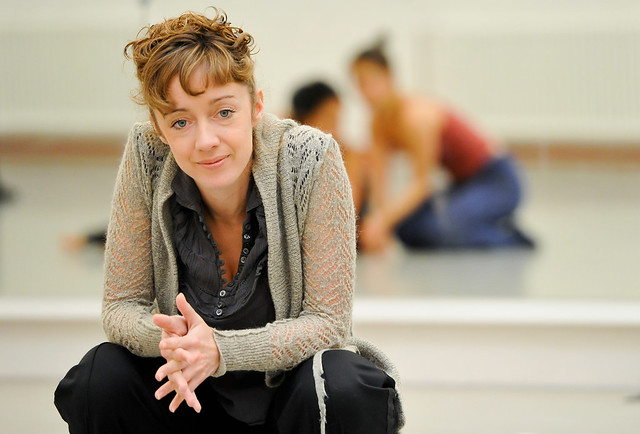 Dance ensemble Bern Ballett return to the Linbury Studio Theatre next month to present Witch-hunt, a powerful new work by Cathy Marston based on the true story of Anna Göldi, who was brutally tortured and executed in Switzerland in the eighteenth century. Göldi was the last witch to be executed in Europe. We caught up with Cathy during rehearsals to find out more:

How did you discover Anna Göldi and what inspired you to create a ballet based on her story?

The idea came through the music. I was asked to collaborate with chamber orchestra Camerata Bern on a piece with Baroque music, and I became interested in the fact that so many witch-hunts took place in Switzerland during the Baroque era. I found it very strange that such structured, upright music was contemporary to such an underhand and horrific process like the witch-hunts.

Dramaturg Edward Kemp and I were drawn to Anna Göldi's story in particular. It’s rather well-known in Switzerland thanks to three books, a film, a museum, and an human rights prize in her name! 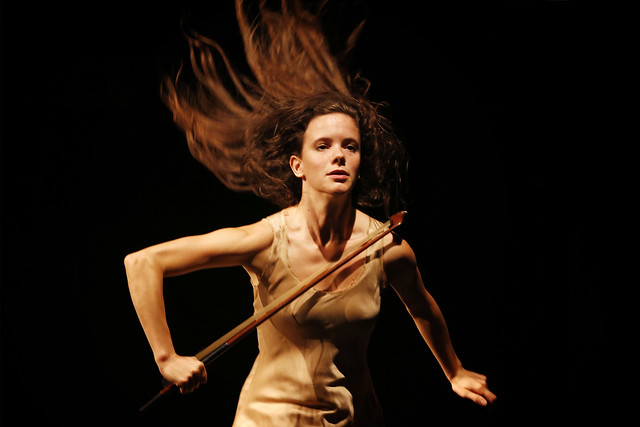 For the first time, we’re going to have spoken word in one of our pieces, to combine text and dance. The words that he has written are minimal, but dense – almost verse-like. An actor will be involved, she plays the character that was supposedly bewitched. She accused, and thus condemned, Göldi. She has been dead for over 200 years, but is unable to rest at peace. Now, as the living people of the 21st century decide that Göldi was innocent, the accusor questions her own guilt.

Anna Göldi was executed in 1782. What is the contemporary relevance of her tale?

In 2008, Anna Göldi was officially exonerated by the Swiss Government after a group from Glarus, where she was killed, proved that she had been unjustly tried and killed. This unique turn of events has made her somewhat of an icon for human rights, in particular women’s rights.

I am also personally drawn to the story’s themes of guilt and innocence, inclusion and exclusion, and how the past changes when viewed from the present.

How would you describe the choreography of Witch-hunt?

Like all of my work, the choreography is a mixture of ballet and contemporary dance. The actual movement, however, is unique to this piece, and I am working closely with the dancers to develop each character’s physical way of communicating and developing emotionally.

You were previously an Associate Artist with The Royal Ballet. How did this help you to develop your craft?

Being given the chance to make work and experiment with the support of the Royal Opera House technical departments and artistic staff was a wonderful experience. I have also taken a lot from The Royal Ballet tradition, particularly with narrative work.

Later, when I worked with small group of freelance dancers under the banner of ROH2, I was able to develop my method more fully. The production of Ghosts was the major outcome of this – a work that I’m still very proud of.

How do you feel about coming back to ROH to present a new work with Bern Ballett?

This will be my last work with Bern Ballett, and it feels very good to bring it home to the Royal Opera House. Keeping my London audience up-to-date with my choreographic journey is very important to me and now, as I embark on the next chapter of my career, I want to continue my close relationship with the ROH, the UK, and other artists who live and work here.

Why should audiences come and see Witch-hunt?

Not only will it be a compelling dance-drama with dynamic and expressive movement, but the story will challenge you. It will make you question ideas about guilt, innocence and memory, and you will get that amazed ‘wiped out’ feeling you get after watching something that has completely absorbed you for an hour!