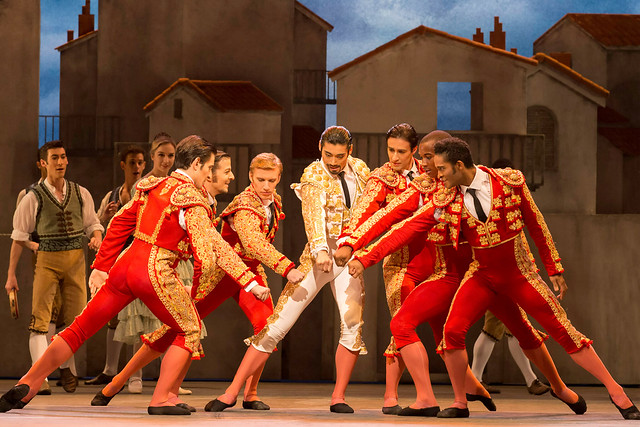 Nineteenth-century ballet: a melting pot of international influences. No, really! Look beyond the pointe shoes, tutus and classical positions, and you’ll discover a rich heritage of ballet choreographers finding inspiration in dance from around the world.

Take two of today’s most popular 19th-century ballets: Act II of The Nutcracker has Spanish, Arabian, Chinese and Ukrainian trepak divertissements; and the Act III party of Swan Lake has a Spanish dance, a Hungarian csárdás, a Neapolitan dance and a mazurka. While not all the dances might seem 100% tasteful to modern eyes, they do all have very recognizable characteristics – take those trouser-splitting trepak jumps – and are all matched with clear national markers in Tchaikovsky’s music. 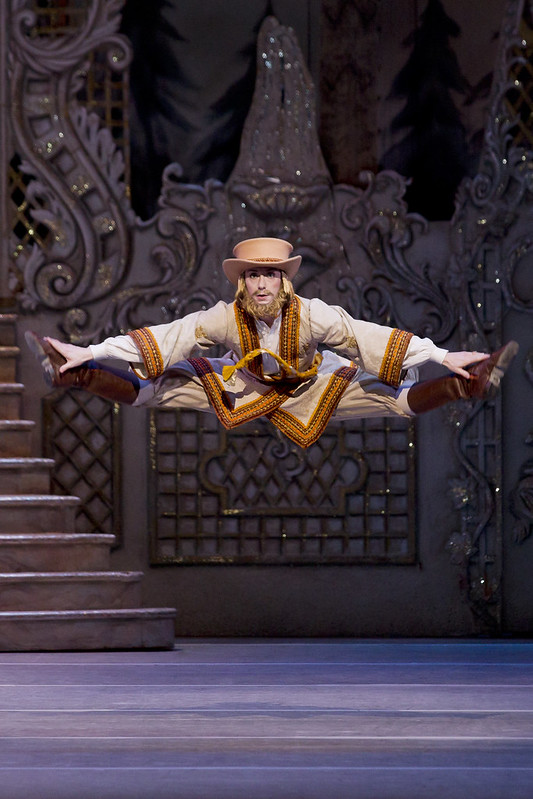 Michael Stojko in The Nutcracker, The Royal Ballet © ROH/Johan Persson, 2012

How about a whole ballet inspired by national dance? Don Quixote is classical ballet, but it also owes more than a passing debt to Spanish flamenco culture. In addition to all the matadors and cape swishing there are arched backs, stamping feet, sinuous port de bras. It’s not subtle, but it's unmistakably Spanish in feel. Similarly, within La Bayadère’s straightforward classical ballet, there are a few set pieces that draw very specifically on the Indian setting: the Act I D’Jampée Dance, making ingenious use of the traditional garb of one scarf attached to the ankle; and the Bronze Idol in Act III, whose poses directly recall images of classical Indian dance. In both ballets, Ludwig Minkus gives the accompanying music its appropriate national stamp.

The uniting figure across all four of these ballets is the choreographer Marius Petipa. He spent most of his career in St Petersburg but began life in Marseille, and spent years working in France and four years in Madrid. Petipa evidently made good use of his time in Spain – on his return to Paris he ‘inserted [a] genuine, original fandango in the opera Carmen… it was not my invention, but the national dance that I had learned when I was in Madrid’. Spanish dance obviously remained close to his heart and he found a way to include it in most of his Russian ballets.

Petipa wasn’t some national dance-crazed outsider though. Recent research by Lisa C. Arkin and Marian Smith has shown that the French Romantic ballet in which Petipa began his career placed almost as much emphasis on national dance as it did on the ‘balletic’ danse d’école.

It all stems back to the Romantics’ love of folklore. The early 19th-century poet looked to folksong; the ballet equivalent was national dance, considered to be as essential to the identity of a nation or people as its language. As the formal genres of 18th-century courtly ballet (the style de perruque, literally ‘wig style’) broke down in favour of story- and music-driven Romantic ballet, national dance became crucial in setting the scene and conveying the emotions of the characters.

National dance was not the exclusive domain of specialists. Some of the most prominent dancers of the day were experts in national dance and won renown for their performances of particular numbers – Marie Taglioni’s Spanish dance in La Gitana, Fanny Elssler’s cracovienne in La Gypsy are just two examples. These stars took their job seriously: Taglioni went to Warsaw to learn her mazurka, Elssler to Pest for her csárdás. Petipa – commissioned to create a Caucasian lezghinka – brought in four soldiers from the Russian Caucasus Army.

Dance critic Théophile Gautier was a fan: in 1837 he (somewhat cattily) wrote that national dance added some ‘spice to the deadly boring framework of ballet’. His original scenario for Giselle included some scene-setting German national dance, as well as a divertissement-like set for the Wilis in Act II – the Oriental odalisque Moyna, the Indian bayadère Zulma, attending French and German ghostly jilted maidens – that seems quite far removed from some modern conceptions of the Wilis as a manifestation of pure balletic dance.

So next time you catch yourself sighing because the dancers are wearing heels instead of pointe shoes, stop yourself! These national dances are a key part of ballet history, and a fascinating insight into the attitudes of its creators.